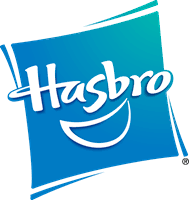 The toy industry has experienced two hurricanes in the last few weeks. Toy Island has been walloped with massive winds of change, first from the Toys "R" Us bankruptcy and now from the proposed Hasbro Mattel merger.

On November 10, The Wall Street Journal broke the news that Hasbro has made an offer to purchase Mattel. Share value for both companies has soared since the news so it is clear that the investment community likes it.

But what about those of us in the toy and play world? Do we like it?

From where I am sitting, there are at least five major constituencies that would be heavily effected by the merger: Retailers, licensors, inventors, consumers and the people who work at these companies.

Retailers like competition. It gives them, not just a broader array of products, but leverage that comes from toy companies competing for space in their stores. Without Hasbro and Mattel vying with each other, retailers can expect to see higher prices and a reduction in the amount of overall spend on promotions.

Both Mattel and Hasbro have long standing relationships with toy inventors. A merger would dramatically decrease the opportunities for these individuals to place intellectual property.

Licensors like competition for their properties. It makes royalty guarantees go up.

In 2013, when Hasbro re-upped its agreement with the Walt Disney Company for Star Wars the company agreed to guarantee $225,000,000 in royalty payments through 2020. You can be sure that it was competition or the threat of competition that led to that nine figure number.

At the time, what other company, except Mattel would have been able to afford both the cost and the risk of taking on these licenses? In each case, Hasbro undoubtedly paid a lot more because they were competing with another deep pocketed competitor for the rights. If this merger takes place, companies like Walt Disney are going to be looking askance at a deal that will put them in a far less favorable position.

Let's not forget the people that work at these companies. When mergers take place, people lose jobs in order to elicit cost savings. Most of them are highly talented and many of them are our friends. This is a very personal aspect of the potential fallout from a merger.

Will retail prices go up; maybe a little? There is only so much more you can charge before consumers push back.

Will variety decline; maybe a little in the short term? How many brands can one company manage successfully and how many products can salespeople sell? This will present Hasbro / Mattel with a major selling challenge and as a result variety will suffer.

Other toy companies like Spin Master and JAKKS will see some benefit as retailers turn to them in order to be less leveraged by the new merged copany. On the other hand, the new Hasbro / Mattel is going to be like a giant planet with an enormous gravity field. Its sheer gravitational force will dominate virtually every category and that is going make it harder to secure shelf space from retailers and mind share from consumers.

The toy industry has experienced two hurricanes in the last few weeks. Toy Island has been walloped with massive winds of change, first from the Toys "R" Us bankruptcy and now from the proposed Hasbro Mattel merger.

One thing is for sure. The toy industry will endure. The sun will rise and things will settle back down. What the landscape is going to look like is, however, a question that we are all going to have to ponder.