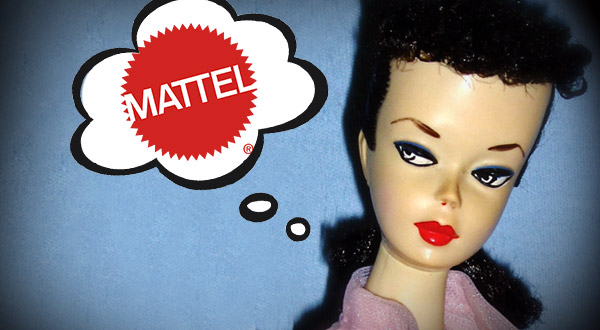 Ms. Georgiadis is therefore in the midst of turning the ship around and, with a ship as large as Mattel, its a very slow turn. While in the midst of that turn, Mattel's ship was struck in the side by Toys "R" Us's ship.

Mattel announced on October 26, 2017 that it had experienced a third quarter that was a surprise to many who watch the company. Its global sales were off 13% and its U.S. sales were down 22% (see Mattel press release). American Girl sales were down 30% and Fisher-Price was off by 15%. This news, of course, followed Lego announcing a negative quarter and Toys "R" Us announcing its Chapter 11 bankruptcy.

Due to the news, Mattel's stock dropped sharply but then rebounded the next day when BMO Capital toy industry analyst, Gerrick Johnson, issued a note stating that in light of Mattel's results, its "…assets could be worth much more in a sale or breakup". In other words, the company might be positioned for a takeover or to be broken up.

The idea of a sale or breakup led to headlines like this: "Mattel Surges After Dismal Results Lead to Takeover Speculation". As a result of the volatility I began getting requests from the press wanting to know my opinion. Here are my thoughts broken into five parts:

1.   The press and the investment community have been, I think, overtly concerned about the toy industry for some time. They see kids looking at screens and they wonder when those children have time to play with much less ask for toys.

I saw evidence when I watched the negative over-reaction to Lego's September announcement that it had just had a bad quarter (coming after thirteen straight years of increases). And that was before the Toys "R" Us bankruptcy announcement so you can imagine how the investment and journalistic community reacted to the Mattel news.

I therefore think the strong reaction to Mattel's quarterly report was in part due to a general sense of anxiety about the toy industry's fortunes which were spiked by the recent Toys "R" Us bankruptcy.

2.    Mattel is in the midst of a major economic and cultural turnaround. Mattel CEO, Margo Georgiadis, was hired away from Google because the Mattel Board of Directors wanted to make a profound change in the company. They recognized that the toy playing field had changed and that the company needed to add not just digital capabilities but a digital mindset to the company's business culture.

3.    Ms. Georgiadis is therefore in the midst of turning her ship around and, with a ship as large as Mattel, its a very slow turn. While in the midst of that turn, the Mattel ship was struck in the side by the Toys "R" Us's ship.  As a result the company is having to do repairs while continuing on its mission. I believe she will be allowed to continue that mission.

4.    It shows that even major toy companies like Mattel are being heavily impacted by the Toys "R" Us bankruptcy.

5.    Mattel is loaded with very talented people. With the right adjustments and allowing Margo Georgiadis's culture change to fully mature, I think we can expect to see Mattel around for a very long time.

So, bottom line, I think Mattel's challenges are highly fixable and will be fixed. Let's see if I am right.