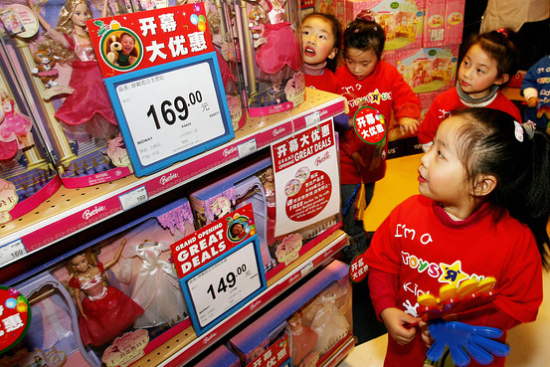 I am in Shanghai for the China Toy Expo and what I am finding is that the Toys "R" Us story here is completely different than the one taking place in North America. Unlike the U.S. and Canadian stores which are under Chapter 11 bankruptcy protection, the Asian stores are doing extremely well. In fact, they currently control 20% of Asia's toy business*.

The powerful Fung Group owns a 15% share of the Asian subsidiary. This is the same investment group that owns the controlling share of multi-billion dollar Li & Fung.

In that the Asian stores are not part of the bankruptcy, some speculate as to how they might be used to offset the parent company's economic problems. Some speak of a possible sale but, based upon news reports,  it now seems more likely is that they will be spun off as an IPO.

Bloomberg News and several other media outlets are reporting that the Asian subsidiary may engage in an IPO and list on the Hong Kong stock exchange.

The same media outlets report that the resulting company could be valued at as much as $2 Billion US. There are currently over 400 stores operating and one would imagine that such a valuation would allow for a rapid increase in outlets and value.

How all of this happens in light of the Toys "R" Us bankruptcy is open to question. Still, it will be interesting to see what happens next for a retailer that has an outsized impact on Asia and the world's toy industry.