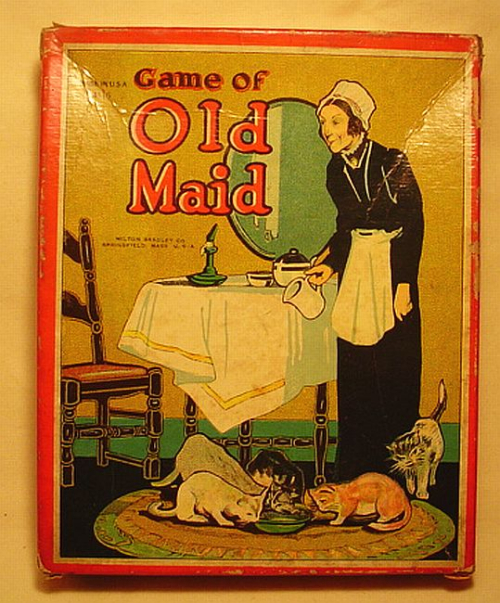 Obviously, being an old maid was at one time an onerous title. Its a little like the term "Cat Lady" today (full disclosure I have one cat). In fact the Wikipedia definition for "Cat Lady" could work for an "Old Maid": "A cat lady is a cultural archetype or a stock character, often depicted as a single woman, a middle-aged or elderly spinster, who owns many pet cats." 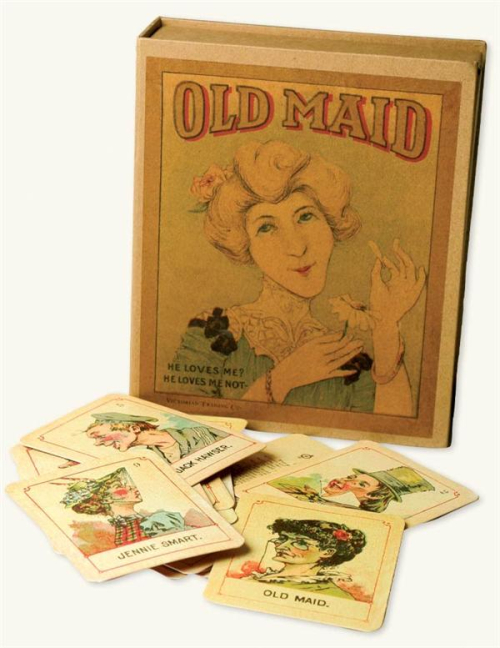 I think many of us have played the game at one time in our life. Most of us, however, have never really thought about why the card you want to avoid is an "Old Maid".

I did some research and found that the game, as we know it, dates to the 19th century when being a woman without children was considered unbiblical. After all, we are supposed to be fruitful and multiply and a woman who did not was anywhere from pitied to frowned upon. 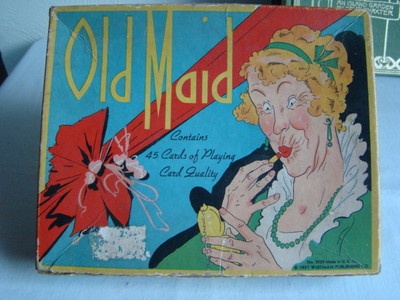 The play pattern was actually much older than the "Old Maid" version. The Italian version featured an "Ass"; the French version a Bachelor and in Egypt a "Blind King".

One version, from the UK, was called "Scabby Queen". In that game, there was physical punishment for getting stuck with the "Scabby Queen" card. You actually get hit in the head with the deck or have it scraped across your fingers so you bleed, hence the word "scabby" in the name.

"Old Maid" will probably change its name someday so that some other poor soul is the butt of what probably passed as humor. Until then, somebody deal.