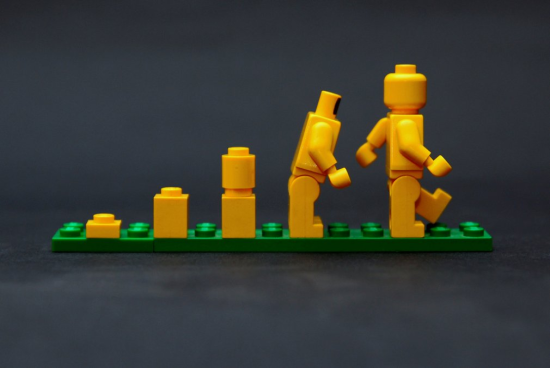 Josh Loerzel serves as Vice President of Sales and Marketing for Zing.  Mr. Loerzel has more than a decade of sales and marketing experience in the toy industry. Under his guidance, Zing has grown into an industry leader in hip, cool trending toys from the stop-motion animation action figure star Stikbot, to the award-wining action game Wet Head to outdoor blasters. This year he helped launch Zing into a whole new category with its new Every Day Play (EDP) line.  From spinners to skill toys, each hand-held EDP plaything is specially designed to fit into a pocket and quite enough to bring anywhere. Josh was a Cryptologic Russian Linguist at the United States Air Force and earned a BA in Russian Language and Literature at the University of Oregon.

In case you missed it (most likely because you were looking down at your smart phone and not paying attention), 2017 has been a transformative year for the Toy Industry. Why? Because 2017 was the year that social media changed the way trends grow, and radically changed how manufacturers and retailers alike approach the product development cycle.

Even those gazing all year at their smart phone and oblivious to their surroundings couldn’t have missed the Spinner Craze this Spring. Walking the aisles of New York Toy Fair in February, you would’ve been hard pressed to find spinner products amongst the new products making their debut. A scant 90 days later every street peddler in a major city in the world would be selling them next to knock-off designer bags and sunglasses. Reports vary on how many spinners were shipped during those 90 days but estimates seem to generally land in the range of 200 million pieces.

How did it explode so fast and so loud? Because it was amplified online. Kids, like adults, now live every day on social media and YouTube: almost 5 billion videos are watched on YouTube every single day! And it’s not just adults watching; 95% of teens 13-20 watch YouTube and 50% of that group chooses it as the number one app/website they can’t live without. Statistics are hard to find on kids under 13 but it’s safe to say they are watching as well, in massive numbers. As a result, this rapid pace of video consumption (and sharing) has drastically reduced the time it takes for a product to blast from relative obscurity to the hands of every kid in the market

When products now can become a hot commodity overnight, how do manufacturers adapt? That is the challenge facing our industry. The traditional product development cycle of 15-24 months from concept to shelf is by no means extinct; but manufacturers who can react fast to seizing on these trends as they explode have a windfall of opportunity. Whereas before there were manufacturers and trading companies who specialized in chasing trends, now almost every toy manufacturer big and small has some level of investment in rapid prototyping and product development teams who can move fast to follow trends as they develop. When I met with one of the major mass retailer buyers in Hong Kong in early May, they told me the previous thirty showrooms they’d visited also had spinner items! Even past mega-hits like Silly Bands and Rainbow loom has some gestation period in the specialty market to foretell their pending arrival as a full-blown trend; in this digital age, there will be less advance warning.

This change in approach doesn't just affect manufacturers; retailers now must become nimbler and reactive to social media trends. By the time many of the Mass Retailers were receiving spinner product this year, online retailers and specialty had already made a killing on the item. Air Freight can only cut the gap so much; many buyers I work with now at Mass are actively surfing social media and YouTube to see what is trending. I remember as recently as 2015 being viewed skeptically when I presented a Zing marketing plan for Stikbot leveraging social media as a major piece of the strategy; now it’s one of the first things buyers ask about!

In the short term, this new landscape has leveled the playing field, for small nimble companies like Zing (we were able to react quickly and sell our SpinZipz and SpinBladez in as fast as we could produce them) and for the smaller, reactive retailers online and in Specialty Retail. The larger manufacturers are retailers are taking notice; the next stages will be fascinating to see. 2017 could very well be looked back at as the year the whole process changed!