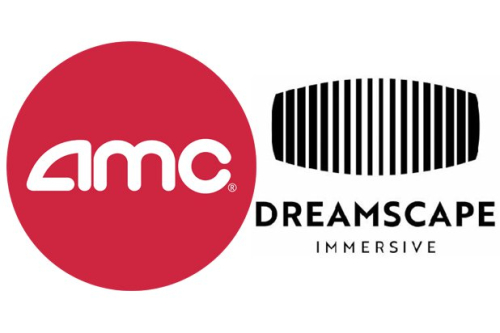 In the future of play, competition will come from any number of directions. Apparently, the future is now.

Those who sell toys no longer just compete with the next guy on the shelf. They compete with any entity that sells play and what they are competing for is time and mind share; dollars are merely a by-product.

I have recently written about Family Entertainment Centers and IMAX's Virtual Realty mini-theaters as unlikely competitors to the toy industry. (See: "IMAX Launches Virtual Reality in Los Angeles and New York City; What I Learned"). In this posting I want to talk about AMC's "Dreamscape".

"Dreamscape", according to Brooks Barnes in his article, "Coming Soon to AMC Theaters: Virtual Reality Experiences" will offer: "Instead of a variety of movies…will offer a variety of virtual-reality experiences. Its technology, developed by a Swiss motion-capture firm, allows up to six people to explore a virtual-reality environment at once, seeing fully rendered avatars of one another."

It sounds like it plans to compete with IMAX's Virtual Reality theaters and, don't kid yourself, you. It's got some big backers. As Barnes puts it, they consist of: "Steven Spielberg,… 21st Century Fox, Metro-Goldwyn-Mayer and Warner Bros. The venture’s leadership team includes the former chief of Disney’s theme park design division; the producer of the “Men in Black” movie series; and a live event kingpin."

According to the article, Dreamscape is going to take Virtual Reality in a new direction. More than a game, it will provide storytelling and you (actually your avatar) will be one of the stars.

It sounds very similar to IMAX's approach. Just like IMAX, Dreamscape will start with a location in Los Angeles and then open a total of six locations. Again, like IMAX, the VR does not replace the movie but augments it and again like IMAX it is being show cased in under-utilized lobby space. In fact, even the cost is similar, $15 to $20 dollars for nine minutes.

In the future of play, competition will come from any number of directions. Apparently, the future is now.