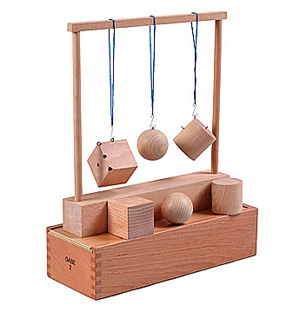 Writing these posts for Global Toy News are a continuing education for me. I recently wrote about Lincoln Logs (Lincoln Logs; a look back) in which I made passing reference to the impact that Froebel Blocks had on Frank Lloyd Wright, one of the 20th century's great architects. 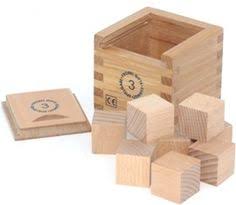 I was intrigued by Froebel and wanted to know more. It seems that not only did he influence Mr. Wright but other geniuses like: Buckminster Fuller (visionary architect and creator of the Geodesic Dome) Josef Albers (artist and educator), Charles Eames (designer and architect who created the eponymous Eames Chair, Johannes Itten (Bauhaus artist and architect) and Paul Klee (Expressionist and surrealist artist). 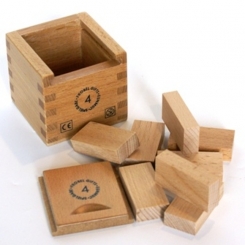 Friedrich Froebel, a 19th century German educator, was none other than the creator of Kindergarten. Among his foundational work was to create a series of educational toys which were called Froebel Gifts.  The gifts were a series of six sets of blocks in various sizes and quantities. The idea was for children to play with the blocks and self-direct their own development. The toy industry's own Milton Bradley was an advocate for Froebel Gifts and was the American manufacturer. 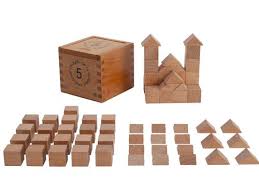 Froebel's Gifts, played with by the above mentioned architects and artists, helped form the architecture, the design, the art and therefore the very world in which we live. It is truly awe inspiring to think of what one person was able to accomplish with toys. They were gifts in the best sense of the word.