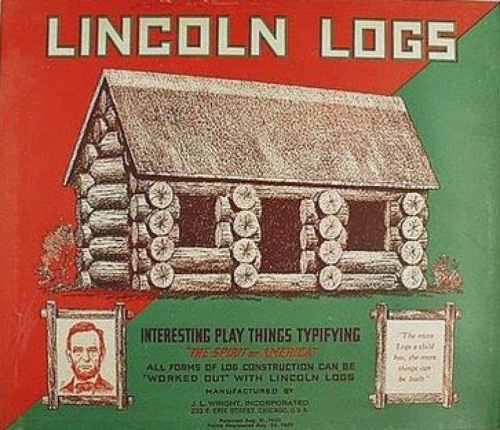 One of the more interesting toy industry origin stories comes from Lincoln Logs, whose inventor was none other than John Lloyd Wright, the son of famed, 20th century architect Frank Lloyd Wright. 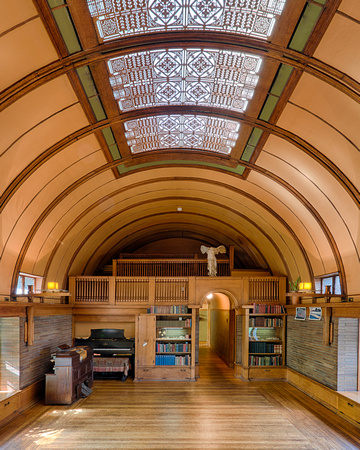 I have had the opportunity to visit Frank Lloyd's home in Oak Park, Illinois and seen the children's playroom. It was fascinating to see the  play space which Frank Lloyd Wright created for his children. It must have been filled with toys that included 19th century construction toys like those designed by by Friedrich Froebel, one of the fathers of the Kindergarten movement. 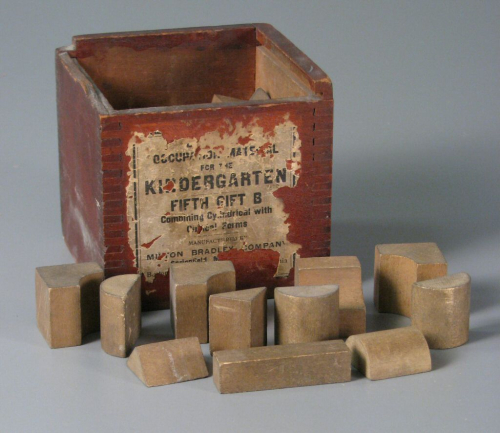 We can imagine how John was effected by the playroom, Froebel's blocks and most importantly by his father's work. It was, in fact, while he was with his father in Tokyo, that John, then a 24 year old man, came up with the idea for Lincoln Logs. 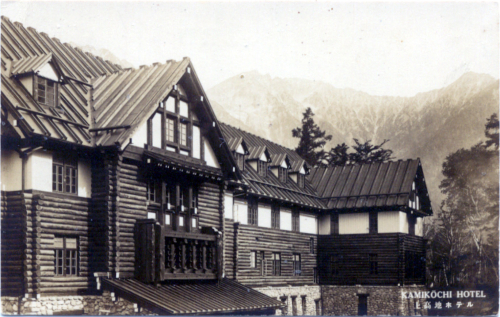 His father was in Tokyo for the purpose of designing and building that city's famed Imperial Hotel.  The challenge for Wright was in coming up with an earthquake proof construction concept for the hotel. His innovation was the interlocking wooden beam. John, who assisted his father on the project, decided to create a toy based upon interlocking concept. He felt that an interlocking construction element would better allow the toy structures to stay together during rough play. 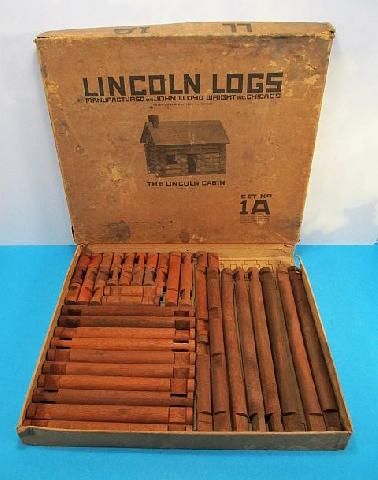 He named the logs for Abraham Lincoln and his log cabin. The company was successful and stayed in business until 1943 when it was sold to Playskool for $800 ($11,622 in todays money).

It doesn't seem like a great deal of money for such a classic toy. Particularly when you consider that more than 100 millions sets have been sold since its creation.

Lincoln Logs were inducted into the Toy Hall of Fame in 1999 and are very much still around.  Today they are produced by K'Nex. K'Nex are made in the USA so it seems they are a very appropriate company for such an iconic American toy.