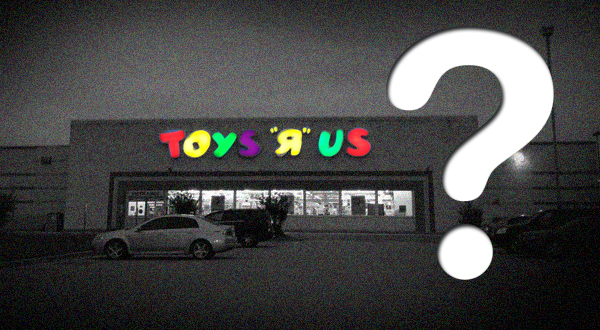 We all hope for Toys R Us to survive, grow and prosper. We all fear it won't.

I received a call from a long time toy industry veteran this morning? He blurted out: "Is the Toys "R" Us bankruptcy the worst moment in the toy industry's history?" I was a bit thrown back by the suddenness and the import of the question.

In answer to his question I had to admit that It certainly doesn't look good. NorthJersey.com in its article, "Toy manufacturers owed millions by Toys "R" Us", details just some of what is owed by Toys "R" Us to its suppliers:

I think there is something more psychologically damaging to the industry in the Toys "R" Us bankruptcy. As painful as the Child World and Kiddie City bankruptcies were, there were many more retailers to pick up the lost business. Here are just some of the major retailers which were active in the 1990's: Best Products, Service Merchandise, Woolco, Murphy Mart, Jamesway, Bradlees, Ames and Caldor.  And let's not forget that KMart was a major player at that time. There were also large toy wholesalers, a class of trade that is largely extinct: MW Kasch, Tash and Distributoy to name just a few.

Today, however, there are only four major toy retailers left: Toys "R" Us, Walmart, Target and Amazon. In that kind of environment, any one of these retailers going out of business is a major blow.  Not only because there are fewer stores to sell but because Amazon and the Internet are a dramatically growing  form of retailing that still seems foreign to many industry veterans who came of age prior to the 21st century.

So, is this the worst moment in toy industry history?

I think its more just part of a continuing decline in the number of major retailers offering toys that began in the early 1990's and continues through today. As a result, the retail funnel that connects toy companies to their consumer has gotten smaller and smaller. This has never been a good situation for toy companies or for consumers.

Yet, just as the industry survived prior emergencies, we will survive this one as well. E-commerce is going to grow and there are entrepreneurs out there waiting to open a store, on-line or off-line. What happens next to Toys "R" Us and what is to follow is still unknown. We all hope for Toys "R" Us to survive, grow and prosper. We all fear it won't. It may or may not be the worst times but it certainly isn't much fun.