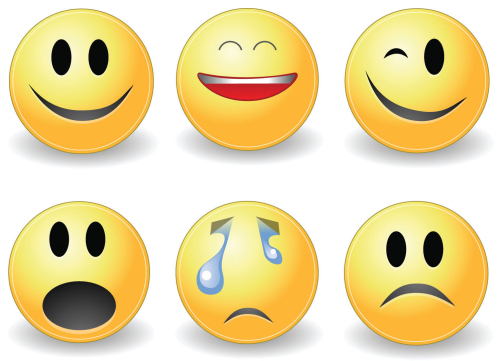 Global Toy News recently sat down with Anson Sowby, founder and president of Hollywood advertising agency Battery and with Craig Mitchell, senior director at Skyrocket Toys. I wanted to discuss the current state of toy marketing and the growing importance of emotional marketing. The two address the growing sophistication of toy consumers and the need for the toy industry to evolve their messaging.

Craig Mitchell is the Director of Global Brand Marketing at Skyrocket and an entertainment marketing professional with over 12 years experience launching some of the biggest IPs (licensed and original) across the gaming industry including Batman, Star Wars, WWE and more.

Anson Sowby is Co-Founder and CEO of Battery. Having been named Ad Age’s Small Agency of the Year in Battery’s second year in business, Anson continues to change the way companies are built.  Battery works with some of the top entertainment titans including Netflix, Activision, LEGO and Blizzard.

Richard:    Why should toy marketers evolve their approach to toy advertising?

Craig:     Part of my goal coming in to Skyrocket was to bring the emotional aspiration of video game marketing to toys. In the games industry, selling product features is only part of the story, we’re selling something bigger, something emotional. And that leads to Brand Building.

The result is that selling more emotion by making a product launch feel like a cultural event is more effective than listing out product features. Or simply put, emotional versus informational marketing is very compelling.

Richard:    How can toy marketers evolve their approach to create more emotional marketing?

Craig:     A critical component to brand building is to create an emotionally-driven ad campaign, then broaden the marketing funnel to create digital assets for content campaigns, and enlist influencers, press, and experiential activations to further drive sales.

Let me give you an example. When we recently announced Recoil, it was a one-two punch: yes we put out the ad campaign but simultaneously we bundled it with a press effort targeting among other outlets Gizmodo and CNET.  Once these highly respected tech and gaming outlets started saying Recoil is a great product, we started to really educate consumers on exactly what the product is

Anson:     Another great example from the toy industry is GoldieBlox. When you watch their launch ad it was a full 2 minute film. Yes it shows the product at the end of the film, but it really doesn't go into exactly what the product is and every single thing it does.  Instead it sells the dream. The toy industry simply has an age old habit of not giving kids enough enough credit.

Any 30-second ad should inspire kids, it should excite them and make some type of emotional connection so that they will go and find more information (tantamount that the information is at their fingertips when they do go looking)

Richard:    How does video game marketing differ from toy marketing?

Craig:     Sales trends are different in video game and toys. With toys, your sales might not come until the holiday time frame, whereas in video games it's all about driving to that day one launch and putting the vast majority of your marketing spend and investment into that first couple weeks. Then once you’ve built that base, you sustain it for months if not for years afterwards

Also, by way of comparison, think about video game marketing vs toy marketing.  Toys aren't competing with other products on the same shelf, they're competing with everything that vies for a kid's attention.

Richard:    Skyrocket recently launched a campaign for its new toy Recoil.  Can you take us through the insights and thinking that led to the production of this ad campaign?

Craig:     In Recoil we see a revolutionary product, but our original key question was: How do we go about communicating that?  In some ways it’s a complicated product that requires a lot of knowledge – you have your phone, the audio, the GPS, WI-FI, Augmented Reality, and all these features.

Consequently, if we created a feature based campaign, people would probably be pretty confused.  So we conceptualized Recoil as part a marketing funnel where the first priority is to sell the overall brand asset by kicking things off with an ad campaign to pique consumer excitement. Now that we have their interest, they will give us their time and let us educate them on all of the great features of this product. If we’d start with features-based education, the funnel would be much, much smaller.

Anson:     Speaking from an ad agency POV, a typical brief that we see from toy marketers compared to briefs from video games marketers are very different. Take our LEGO video game client for example, the brief was – how to tap into the emotions of child but with a complicated toys to life product. So first we had to address: how much do the features detract from the impact on the audience and do they really leave the audience emotionally unsatisfied?

Richard:    YouTubers are such a big part of today's toy marketing process – what is your point of view on this?

Anson:     YouTubers are God’s gift to the toy industry. By creating so much product content, they’re taking the heavy lifting off the shoulders of brands when it comes to toy spots. With the prevalence of unboxing videos and influencer-created product tutorials, toy brands don't need to rely on the old model of feature based spots because influencers will take care of that to a large extent.

Hence why our Recoil spots don't show every single feature of the product, they focus on selling the product dream. If we can inspire them with a single 30s spot that leaves something open to the imagination, kids will go online and discover everything the toy has to offer. And this is where influencer content comes in. This makes the child’s process of discovery so exciting and creates a meaningful experience rather than being hit over the heat with everything a toy does in 30 seconds.

Craig:     And with Recoil, we reframe the conversation to be on influence not influencers – this is a key reason we cast Michael Madsen (star of Hateful Eight, Kill Bill, Reservoir Dogs). Does the average kid know who he is?  Probably not. But his parents probably do.  And more importantly he extends this level the influence of the spot.  You would never think a Tarantino actor is an influencer for toys but he has influence, make no mistake about that.