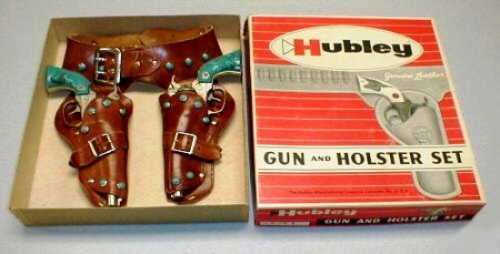 You really don't see cap guns anymore. Once ubiquitous, they went out of fashion as 1970's and 80's parents, worn out by the protracted Viet Nam war, grew progressively weary and and later wary of them.

Originally, cap guns were the product of a Civil War gun industry that had to find a new way to generate revenue after the war's end. Below is pictured one of the first toy cap guns. The plate on the rifle's side stipulates the patent at August 4, 1874. 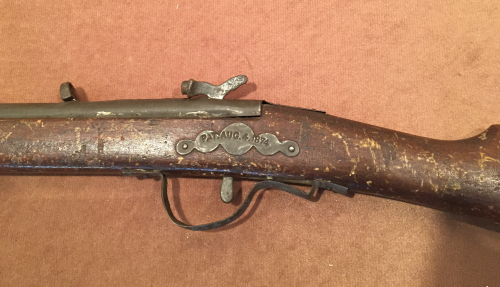 Though toy cap guns went on to become a staple, it was not until the 1950's and the 1960's that they had their hay day. During that 20 year span cap guns ruled the toy department and the neighborhood.  Buoyed by a seemingly never ending series of cowboy shows on television, cap guns became ubiquitous, with new styles arriving all of the time.

Below are just some of the styles that mid-twentieth century kids enjoyed:

The "Life and Legend of Wyatt Earp" was an ABC television show that ran from 1955 through 1961. The Hubley toy company had the license and they produced the above pictured extra long barreled "Buntline Special". A pretend cowboy looked pretty tough roaming the neighborhood while toting one of these. 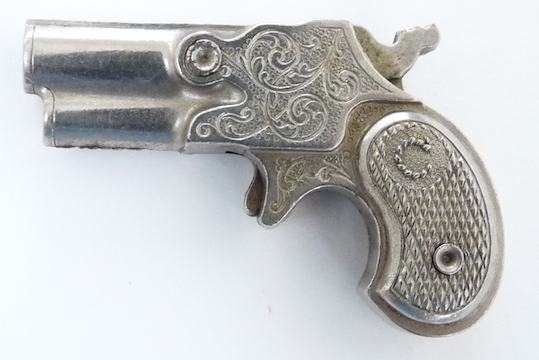 Another popular show of the period was "Yancey Derringer" which appeared on CBS and starred Jock Mahoney. As his name implies, Mr. Derringer carried a derringer which he deftly hid until the right moment. Mattel created a version that was concealed as part of a belt buckle. By pushing out your stomach, you could cause the pistol to flip out and shoot. 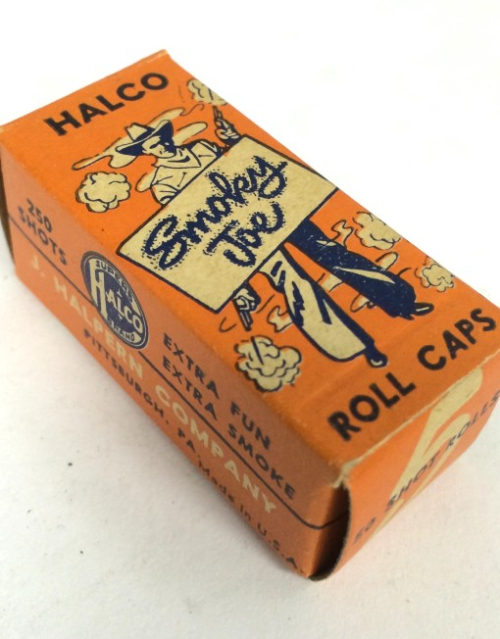 If you had a cap gun you of course needed caps. The above "Smokey Joe" version was produced by Halco, a company located in Pittsburg, PA. The box states that they provided both "Extra Smoke" and "Extra Fun". 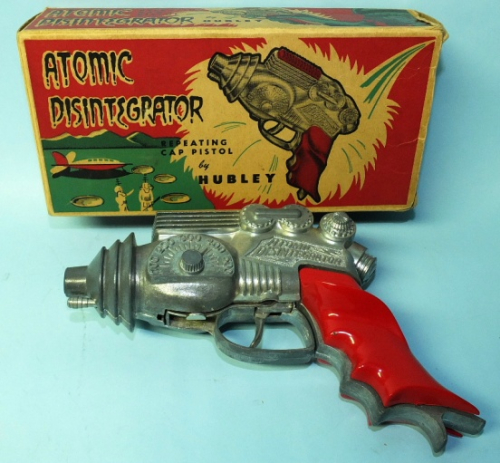 Not all cap guns followed a cowboy theme. The above "Atomic Disintegrator" was produced in 1954 by Hubley Manufacturing, a company that produced its first cap gun in 1894.

Let's end with a TV commercial from the period for the Mattel "Tommy Burst":