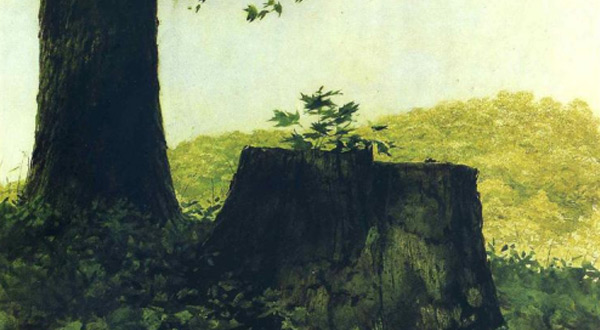 We learned on September 6 that Toys R Us was looking at bankruptcy as an option. As I wrote in my last posting, "Toys R Us and Bankruptcy; don't worry but be alert", bankruptcy is a very unlikely option for the company. It does, however, prompt us to think the unthinkable: What would a world without Toys R Us be like?

In general, it would be a startling blow, particularly for the American consumer and the toy industry as a whole. Toys R Us is currently the closest thing the toy industry has to a national showroom. Though some would like to see even more product diversity in the stores, Toys R Us, among the major chains, by far offers the country's greatest selection of toys. The opportunity for smaller toy companies to share their wares and for consumers to see them would be sorely missed.

Here are some specific thoughts I have on what a world without Toys R Us will look like:

The initial impact would, of course, be very challenging for the toy industry but not as much for larger companies like Mattel, Hasbro, Lego, Spin Master and JAKKS.  As BMO Capital's Gerrick Johnson pointed out in a memo: The major manufacturers are less dependent upon Toys R Us than we may think. According to Johnson, Toys R Us accounts for roughly only 9% of Hasbro's sales, 11% of Mattel's, 12% of JAKKS  and 15% of Spin Masters'.

Smaller suppliers, however, are far more heavily dependent upon Toys R Us because the company handles a greater number of SKU's than Walmart or Target.  They are also are far more likely than Walmart or Target to try new, unbranded and non-licensed companies and products. The loss of Toys R Us would therefore create a major challenge for smaller companies who would have to fight even harder for whatever space has not been taken by Mattel, Hasbro, Lego, etc..

Walmart and Target as well as other big box retailers like Kohls, Meijer, Fred Meyer and Shopko would of course  see more consumer traffic as customers look elsewhere to find playthings. Independent toy stores will also experience a rise in sales as consumers looking for a greater variety of toys or who wish to shop at a toy store for the experience and product selection will move their business to these smaller retailers.

Amazon and other e-commerce providers will be there to fill the gap as well and are well positioned to do so. They can carry a far larger assortment of toys than can anyone else so look for them to prosper.

Toys R Us's international stores are a question mark as some are franchised and others are in countries with different bankruptcy laws. I would anticipate that we will see successful Toys R Us stores be taken over by current franchise holders, and depending upon the local laws, continue to sell under the Toys R Us banner.

And let's not forget the Toys R Us employees who would be looking for new opportunities. A bankruptcy would unleash a flood of incredible talent onto the market. They will be recruited by retail competitors and  toy companies will seek them out as well.

Look for a dramatic rise in the number and square footage of independent specialty toy retailers and smaller retail toy chains.

Communities will miss the selection they find in a Toys R Us and local entrepreneurs, with lower overhead, can move into the vacuum. Toy companies that supply the specialty toy segment will in turn see an increase in revenues.

Watch the digital toy marketplace grow exponentially as its ability to provide the widest assortment of toys possible will make them even more appealing to Millennials and Generation Z.

Look for a drop off in major television advertising buys as toy companies will only have two retailers (Target and Walmart) that can support a major campaign. Rather, advertising will be more selective, in-store driven with social networks and Youtube playing an ever more significant role.

And finally, remember that talent I mentioned that would be looking for jobs. Some of them will start their own toy businesses; some will be digital and some will be bricks and mortar. These seedlings will in turn grow into trees and we will see a whole new forest with some retail flora and fauna unlike anything we have seen.

Bottom line, there is life after Toys R Us. It will just be different. What do you think? Let us know.