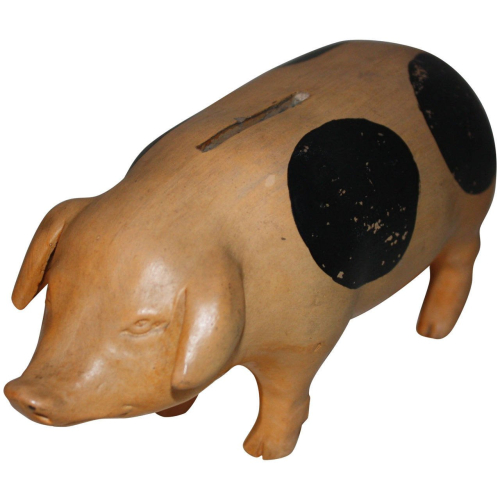 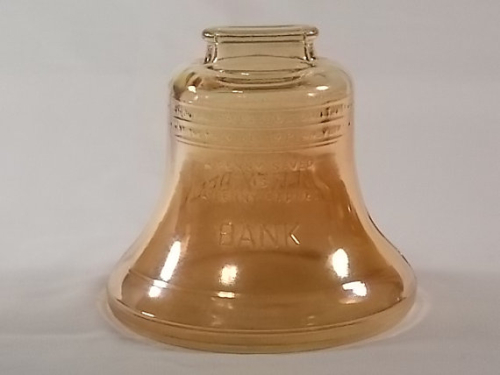 Why do piggy banks look like pigs and why are they called by that name? It seems that before there were commercial banks, 800 or so years ago, people used to keep their money at home in jars or bowls made out of a clay material called "pygg". In the 19th century when manufacturing companies began to churn out consumer products, some inspired companies began making banks that looked like pigs (see above).

My next door neighbor, who always had cooler stuff than I did, had a piggy bank that looked like a register. It looked the bank shown below. You pulled the lever when you inserted a coin and the bank registered the amount and showed you how much you had saved. I don't recall how you removed the money. 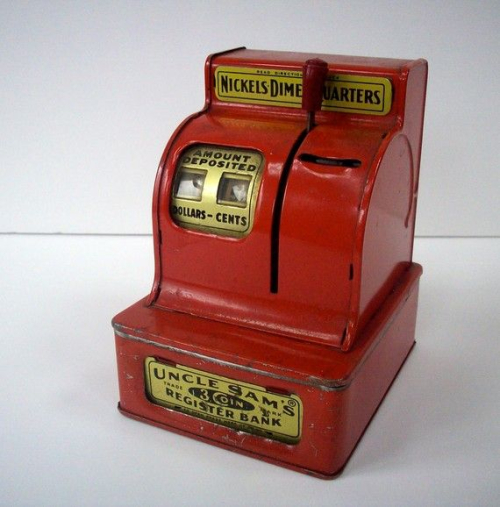 There are so many types of banks produced over the years that I picked out a few for their creativity and sheer weirdness. For example, this late 19th century clown bank is pretty freaky: 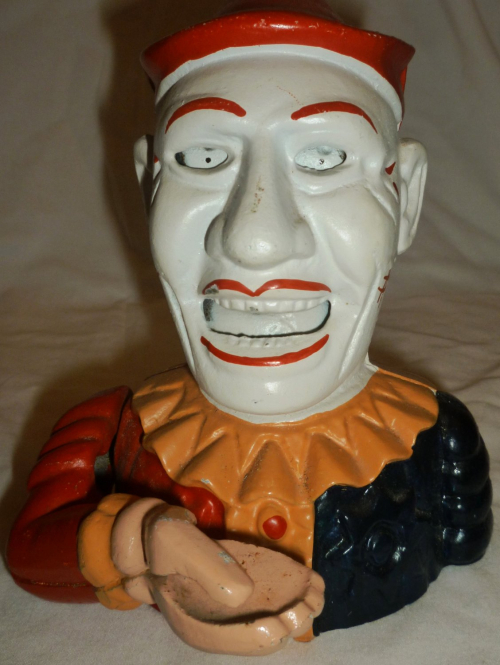 A rope skipping bank also from the 19th century: 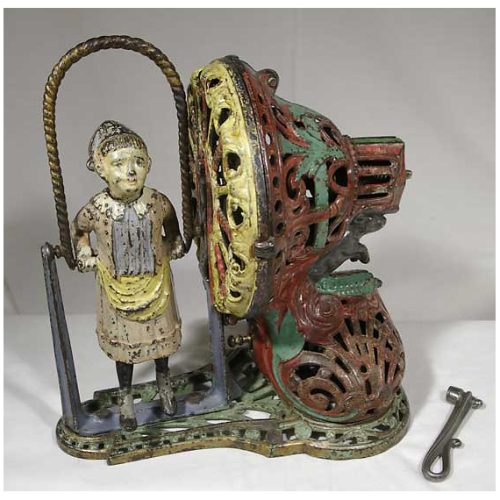 Who was Bonzo? I have no idea. Do you know?