Thomas Kaeppeler is the President of Ravensburger North America. Ravensburger, was founded in Germany 134 years ago. Mr. Kaeppeler has played a key role in the company's successful growth for 25 of those years. I spoke to Thomas so that we could find out more about the company's past and future. Here is my interview:

Richard:    Ravensburger was founded in 1883. Chester A. Arthur was President of the United States, Bismarck was Chancellor of Germany and Franz Ferdinand was Emperor of Austria – Hungary. The world has changed a lot since that time. Can you tell us about how the company came to be founded and a little of its long history?

After that he quickly added learning and children’s games, card games, strategy games, books and children’s art and craft kits to his portfolio. By 1914 the company had grown in size to 10 employees. Otto Maier passed away in 1925. His sons Otto, Karl and Eugen who shared in the management of the company had just finished building the company’s own manufacturing facility. 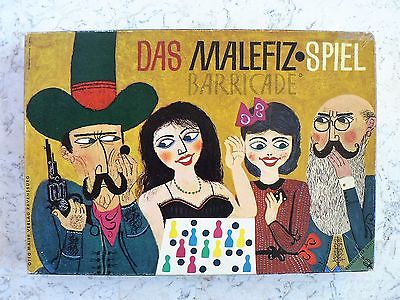 By 1939 the company had grown to 65 employees and sales had tripled compared to 1914. After the 2nd World War game sales became increasingly popular and in the company launched memory® in 1959 and Malefiz® in 1960 which became two of Ravensburger’s most successful products. Jigsaw puzzles were added to the lineup in 1964.

During the early 60’s Ravensburger also started founding subsidiaries in Europe, the first of which was founded in Holland in 1964. In 1974 Ravensburger established the blue triangle logo for their brand and by 1979 the company had grown to 800 employees and was exporting product to 90 countries around the world. Fast forward to January 1st 1999 which marked the start of Ravensburger’s own subsidiary in the US. 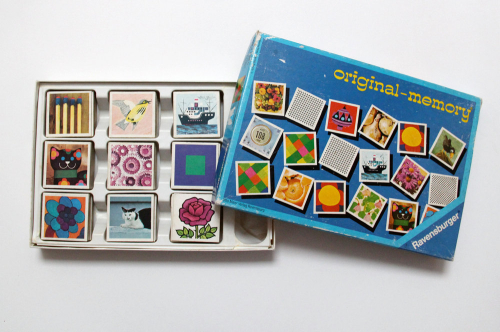 Richard:    It is rare for a company to stay in business for that many years. How was Ravensburger able to make that happen?

Thomas:    Quite simple and yet not easy to accomplish. Main reasons for Ravensburger’s commercial success were expanding distribution geographically, constant product innovation and yet at the heart of it all staying true to Otto Maier’s guiding principle: toys for the head, hand and heart and an unwavering commitment to great product quality.

Richard:    Ravensburger has that long history in Europe but has also been in the United States for a number of years. That makes you the right one for me to ask this question: It is said that European consumers, particularly on the Continent, are more concerned with quality in toys than Americans. Have you found that to be true and if it is please tell us why?

Thomas:    No, I have not found that to be true. American consumers are just as concerned with quality in toys as are European consumers. What might be an issue are differences in income distribution and part of the American consumer base not being able to afford buying toys of better quality.

Richard:    When we spoke, you had a great story you told me about the $19.99 price point and what it says about the toy industry in the United States over the last 25 years. Can you elaborate?

Thomas:    $19.99 I was told 25 years ago was the sweet spot as far as the right retail price point for a toy as a birthday gift is concerned. That still hasn’t changed much. Looking at other consumer goods categories most products cost at least double of what they cost 25 years ago. This has had significant implications on the toy industry in the US one of which has been manufacturing moving to low cost labor countries like China and most toy companies working leaner and meaner than they did 25 years ago.

Richard:    Are there differences in how you acquire and sell products in the United States versus Europe? If so, can you tell us what some of them are?

Thomas:    Yes, there are but they are mostly driven by the scale of our operation in Europe vs. the US. Ravensburger drives a significant portion of their revenue in Europe through TV advertising whereas in the US we focused on building brand recognition and brand awareness first. The scale of the marketplace in the US mandates certain distribution levels to be able to afford the type of marketing and advertising that Ravensburger is doing in Europe but we have been approaching those levels very quickly.'

As far as acquiring product goes, there aren’t many differences between the US and Europe. We source product ideas globally, then launch them in markets and countries where we feel it makes sense and augment that local product portfolio with locally sourced and developed product concepts and ideas.

Richard:    Games and puzzles are such an important part of Ravensburger's history, can you tell us how you see the current market for wooden toys puzzles and games?

Thomas:    Wooden toys, puzzles and games have been seeing a huge renaissance lately. There is a lot of innovation going on in these categories and on top of that all 3 categories fit in really well with some consumer mega trends like experiences, individuality, nostalgia, nesting, health&wellness.

Richard:    Do you have any toys on  your desk and if so what are they?

Thomas:    Yes, I do. I currently have a BRIO Family Home Playset on my desk which is a new product concept from BRIO which lets kids build houses, schools, playgrounds etc. All completely modular and perfect for role play. The other one believe it or not is a Michael Jackson action doll which has been sitting on my desk since 2008 as a good luck charm.