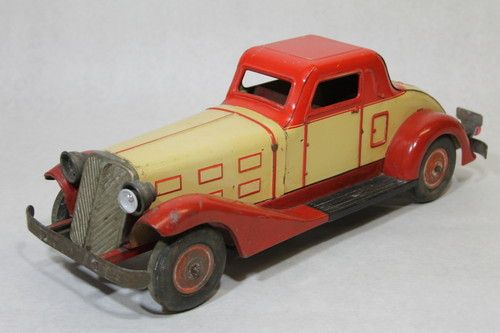 Battery operated toys came of age in the 1940's but they first came into the marketplace in the 1930's. As in many things, the Louis Marx Company was a front runner. Note the above steel car whose headlights were lit by a battery. 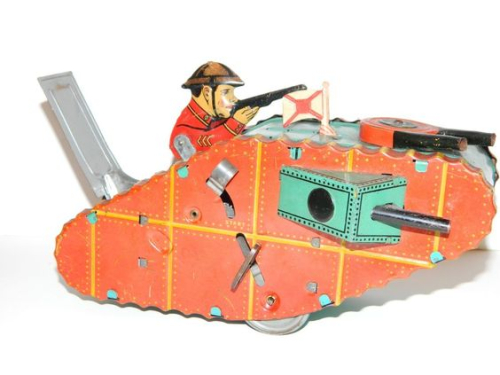 I love the bright colors on the metal World War I tank shown above. It was also produced by Marx in the 1930's.

The "Siren Fire Chief" shown above was probably a bright red when some child received it in the 1930's. What I find interesting about it is that it is a hybrid. It runs on wind up power but batteries make the siren and lights go on.

I think the above Buck Rogers Rocket Ship,produced in 1934,  is stunning. I love the box and the toy. This car, bearing the words Fire Dept., Chief, Car No. 1 and an emblem on the door appears to me to be from the 1940's as the car looks like a Hudson. It also worked on a windup mechanism and batteries.