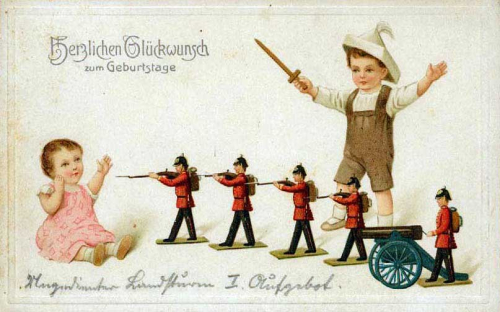 We are going through some disturbing times. Talk of war and scenes of violence seem to pervade our many viewing screens. It was with this in mind that I thought it time to take a  look back to the beginning of the 20th century in order to remind ourselves how war can distort the way adults perceive the role of toys and play.

To illustrate my point, I found these images that are both disturbing and fascinating. In these pictures we see how adults conflated childhood with war. Two world wars, Viet Nam, Iraq and more have, however, have created a healthy reluctance to combining innocence with violence.

Take a look at the above picture. It is probably from the Victorian period and depicts toy soldiers preparing to fire on a doll.

In the below image, we see what appears to be a French child, possibly in uniform, playing with toy soldiers, ships and a fort.  He appears to be reenacting the Dardanelles Campaign which took place in 1915 between British, Australian and Turkish soldiers. 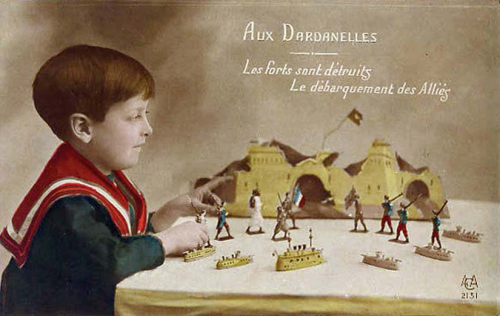 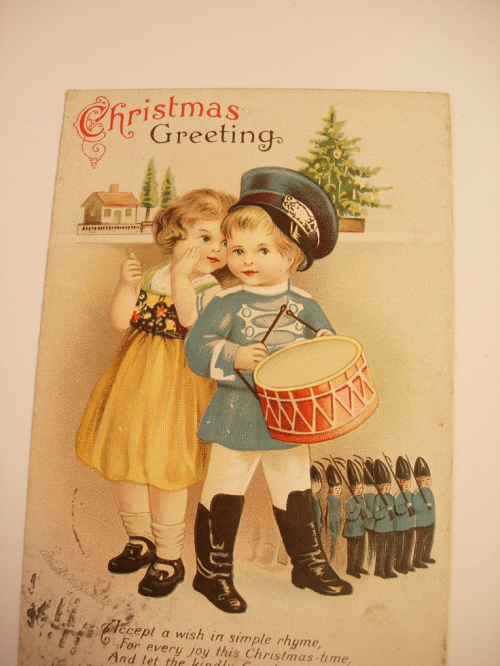 The above image appears to be a Christmas card. The little girl points over her shoulder to home. She appears to be telling the little boy to come home after he is done with his army men. 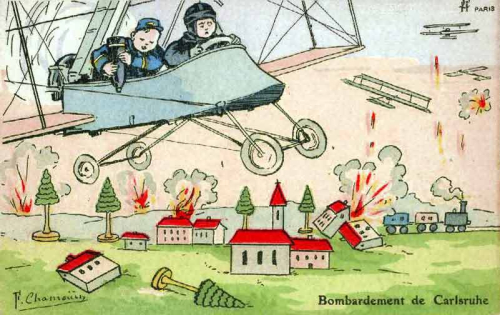 I find the the above picture with its depiction of toy buildings, trees and a toy train being bombed to be extremely unsettling. The scene depicts the bombardment of Carlsrhuhe (Karlsrhue) in which the French bombed a German town as a reprisal for German offenses. The above picture shows two little girls (actually not so little) playing with toy soldiers and pretending to be nurses. The joke that goes with the card seems out of place with the image.

What are your feelings and thoughts after seeng these images?