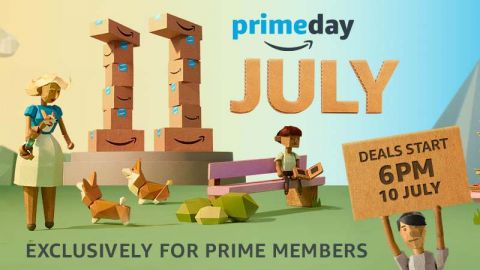 It’s been 12 years now since Amazon announced the creation of Amazon Prime, its ‘free” two-day shipping program.  Prime was not hailed as a driver for ecommerce, or a sure-fire consumer success when it was introduced in 2005.  If fact, most observers in the tech industry laughed, and the retail world yawned and went about its normal business.  Two years ago, to commemorate the 10th birthday of Prime and celebrate the great success of its shopping program, Amazon invented "Amazon Prime Day.”

Prime Day is a brilliant idea I think.  A designed shopping holiday in the middle of summer, just as the back-to-school shopping hype starts to ramp up.  It gives consumers even more reason to visit the marketplace giant, and open their wallet, and take advantage of their Prime account.

On July 12 of this year, the day after the latest Amazon Prime Day, the company announced record breaking news that sales increased by over 60% when compared to last year. This is a staggering increase for any retailer, even the king of ecommerce.  Two years in, it looks like this new “shopping holiday” is going to stick around.

"Sales on Prime Day surpassed Black Friday and Cyber Monday, making it the biggest day ever in Amazon history. Prime Day grew by more than 60 percent, and sales growth by small business and entrepreneurs was even higher.”

As I wrote in a previous article for Global Toy News, Amazon sold 2 million toys last year on Prime Day.  So how did they do this year?

So there you go. They almost doubled their results in the Toys & Games category.  Again.  3.5 million toys, on one marketplace, in one day (well 30 hours).  At an average order size of $25 that is $87,500,000 in toys in one day.  Amazon also reported that one of the most popular items sold in China on Prime Day was the Fisher Price Soothe and Glow Seahorse.

And while retail stalwarts like Toys R Us promoted heavily with 20% off sales, in an attempt to cash in on the hype around Prime Day 2017, I doubt they made dent in Amazon’s growth trajectory with regard to the Toys & Games category on their marketplace.

Relating their success on an annual basis, the Seattle-based online giant saw toy segment sales jump an impressive 24% in 2016, versus just 5% for the overall market.  And once-market-leader Toys R Us has posted a disappointing five years of decline.  I suspect that Amazon will have another great year with toys, driven by market leading programs like Prime Day.

The meteoric rise of Amazon is amazing. What started out as a novel, online bookstore has grown into a $500 billion juggernaut that continues to disrupt industries and change the way consumers shop for almost everything.  It’s not just about luck, or low prices or long-term capital investments.  There is a formula.  From Amazon Founder and CEO Jeff Bezos:

"We've had three big ideas at Amazon that we've stuck with for 18 years, and they're the reason we're successful: Put the customer first. Invent. And be patient…"

How did you do on Amazon during Prime Day 2017?

If you have any questions, or need help with your Amazon strategy you can contact me at tim@southpoledigital.com