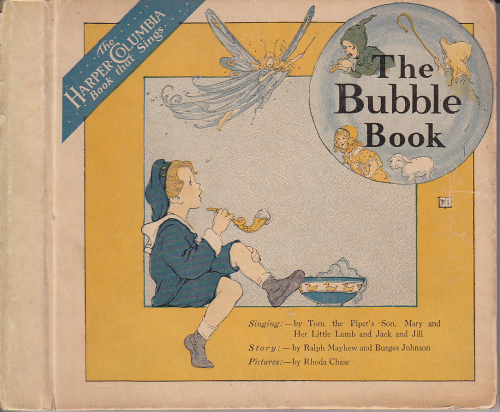 I, as many of you, had kiddie records when I was a child. They usually came in red or yellow and were called 78's because they made 78 revolutions per  minute. Of course, that was long before Spotify,  Pandora and even the now deceased iPod.

I wondered who the early entries were into the genre and while doing research I came across a series of book / record combinations from Harper Columbia called the "Bubble Books". The first in the series, pictured above, was published in 1917. That was only one year after the founding of the Toy Manufacturers Association (now called The Toy Association) and the same year that Albert Einstein published his first paper and Al Capone earned the name Scarface, the hard way. In short, it was a surprisingly long time ago.

The book and recording contained: "Tom, Tom the Piper's Son", "Mary Had a Little Lamb" and "Jack and Jill". The original series of 14 books with records continued to be published through 1922. I have included some of the covers which I think are pretty compelling.

If you would like to learn more about the "Bubble Books" and early children's records in general, I highly suggest that you visit "Little Wonder Records." 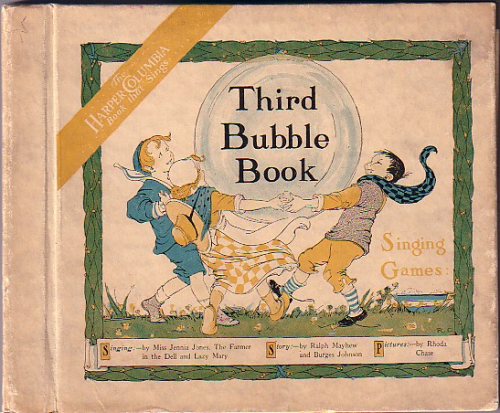 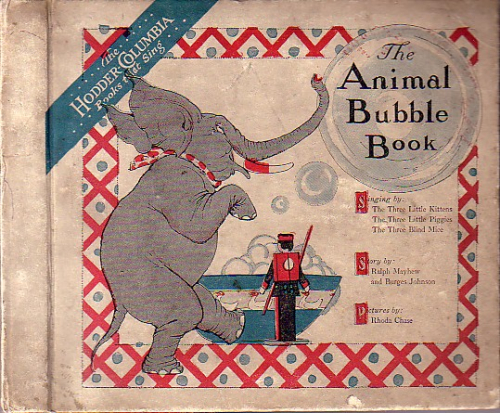 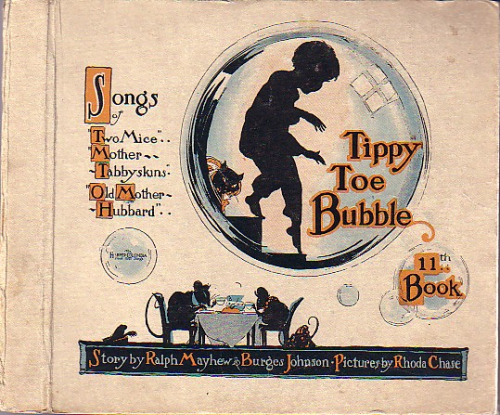