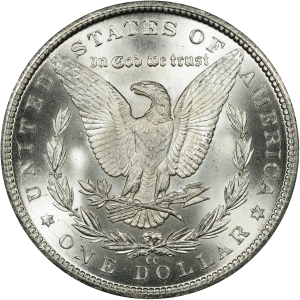 If you think that it was Walmart that crushed Kmart, think again, it was the dollar stores joined by their cousins Family Dollar and General Dollar.

Dollar stores are the great retail story of the last decade. Started largely in the 1980's with chains like 99 Cent Stores and Dollar Tree, the format exploded with the Great Recession of 2008. Amazingly, Dollar Store retail sales have doubled and the number of stores has grown by half again in the last decade.

Currently there are 30,496 dollar stores in the US. To show you how big that is, drug store chains Rite-Aid, CVS and Walgreens have a combined 22396 stores.  Mass Merchandisers Walmart and Target together have 5979. Supermarket chains, Kroger, Publix, Safeway and Albertsons have a total of 7443 stores.

Dollar stores, once a novelty concept consigned to kids who wanted to stretch a dollar and frugal adults, the concept became a mainstay for many in the economy as selections grew, family income dropped and these retailers got better at what they did. If you think that it was Walmart that crushed Kmart, think again, it was the dollar stores joined by their cousins Family Dollar and General Dollar.

What I find amazing about all of this is that you would think that with inflation, the number of available $1.00 products would have shrunk. The reverse, however, has happened and the selection and quality has gone through the roof.

As with any growth business, there are casualties. According to an article by New York Times writer, Winnie Hu, "Mom-and-Pop Dollar Stores Fight to Survive as Chains Move In" independent dollar store operators flounder when the dollar chains move into their neighborhoods. Why, because most independents are single store operators who depend upon wholesalers to provide them with their goods. A distributor, no matter how sharp, cannot compete for best price with a Dollar Tree and its 13,600 outlets. And the distributor has to make a profit as well, putting pressure on the independent operator to eke out a profit of their own.

As much justified attention as we pay to Amazon and Walmart, we all need to keep an eye on the dollar stores. At least in bricks and mortar, they are going to continue to be where growth is taking place.  If you don't have a dollar store strategy, you may want to get one.