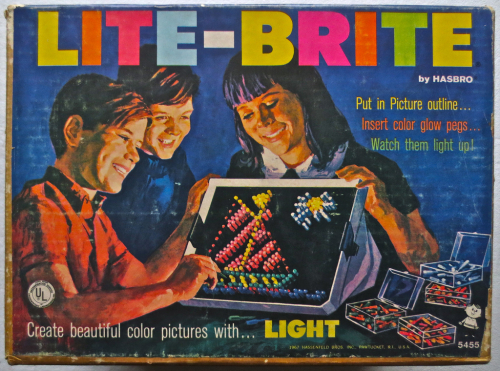 There is something special about toys that combine art with the mechanical to create toys. I thought it would be fun to take a look back and appreciate some of the best toys our industry has created.

The above pictured Lite-Brite box dates back to the products introduction in 1967. It is, when you think about it, an analog precursor to the computer screen. Instead of pixels it uses light pegs. Its still on the market and there is now an iPad app. 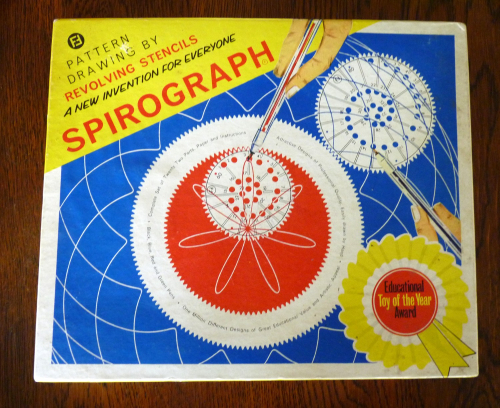 Spirograph is another great mechanical drawing toy. Inventor Denys Fisher brought it to market in 1965, two years before Lite-Brite. Now sold by Kahootz toys, it still uses gears, paper and mathematics to make some great looking artwork. Above is pictured the original package from 1965. 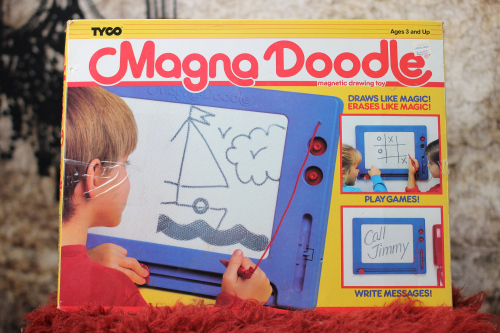 Magna Doodle made its appearance in 1974. It uses magnets and a surface made up of a white liquid containing metal particles. Originally marketed by Tyco, the brand is now owned by Cra-Z-Art.  The above image is of the orignal box. It still looks fresh. The 1960s and 1970's were certainly the age of mechanical drawing as Etch A Sketch was introduced to the market in 1960 by Ohio Art.

The screen is coated in aluminum powder which a hidden mechanical stylus erases in straight lines to form pictures. It was so much fun that  made its way into the National Toy Hall of Fame in 1998. It is now owned by Spinmaster.