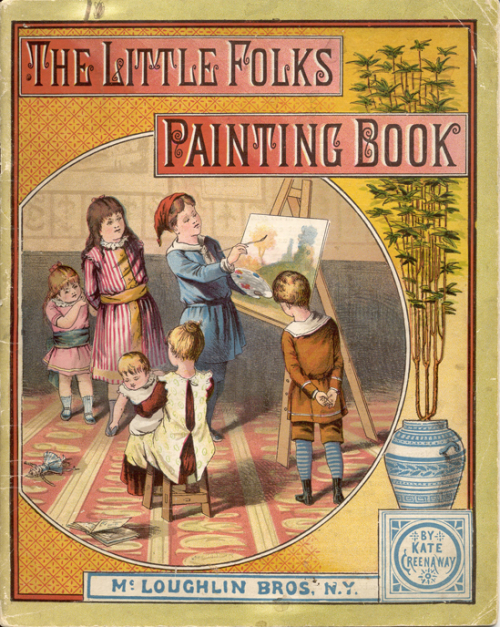 The above "painting book" by Kate Greenaway and published by McLoughlin Bros. N.Y. is purported to be the first color book. Published in 1880 it actually preceded the advent of the crayon, hence it was designed for water colors. Interestingly, even after crayons came into use from companies like Binney & Smith and the American Crayon Company, paint books dominated until the 1930's. 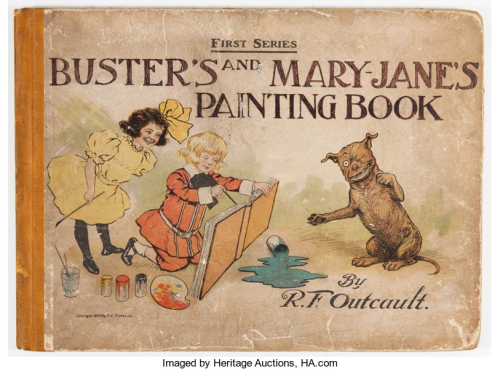 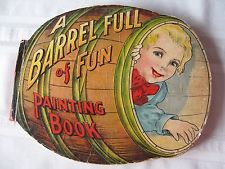 McLoughlin was purchased by the Milton Bradley company in the 1920 so, obviously, toy companies acquiring other toy companies is not a new thing. Since that time, companies like Saalfield and Western Publishing Company (where I once worked) became dominant as suppliers of coloring and activity books. The above Saalfield book dates to 1915.

Color books went to war in the below Merrill book published in 1942. 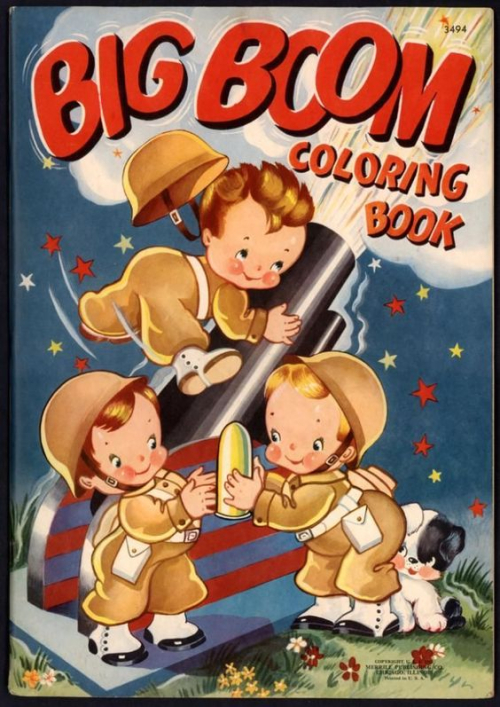 Comic book characters like Blondie made their way onto the covers of Western Publishing Company coloring books. This one is from 1950. 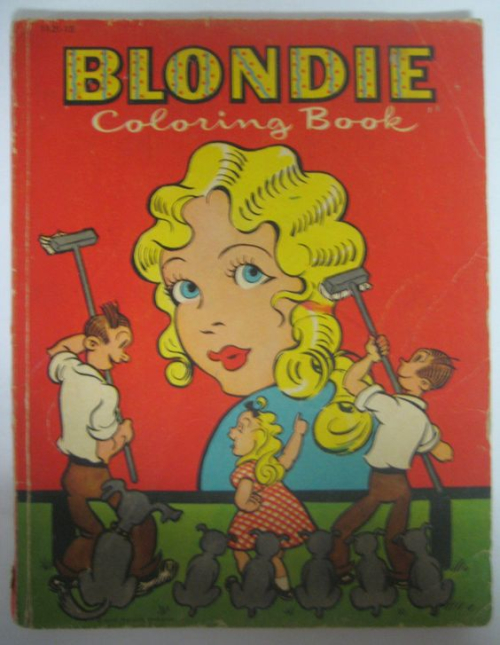 Today, adults want to color too…and with music as can be seen below in this nice example from a publisher named Color With Music.