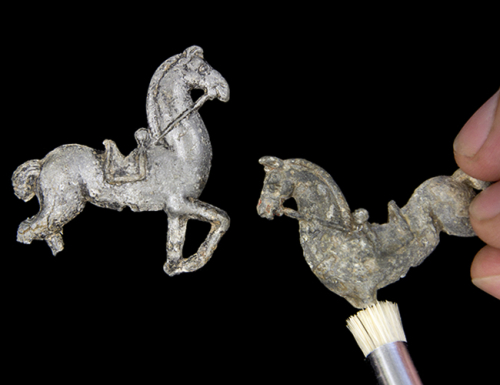 Broken Toy Horses Minus Their Riders

While Pocahontas was saving John Smith from being slaughtered, children back at the Jamestown fort were playing with manufactured toys.

I grew up near Jamestown, Virginia. Settled in 1607, it was the first English settlement in America. I always heard about the men who came over, settled the colony and died from disease, starvation and arrows. What I never heard about was the children who also inhabited the colony.

That was why I was surprised to learn that recent excavations at the old fort have brought up toys. I discovered this in article sent to me by my son, an historian himself. The article by Bly Straube, "Jamestown's Lost Colonists: Finding Traces of Unnoticed Children in the Settlement's Archaeological Record", points out that toys are a rarity in archaeological digs. The reason: Many of the toys were wooden and they simply decompose over time. Also, metal toys, when broken, were recycled (yes, they had recycling in the 17th century). 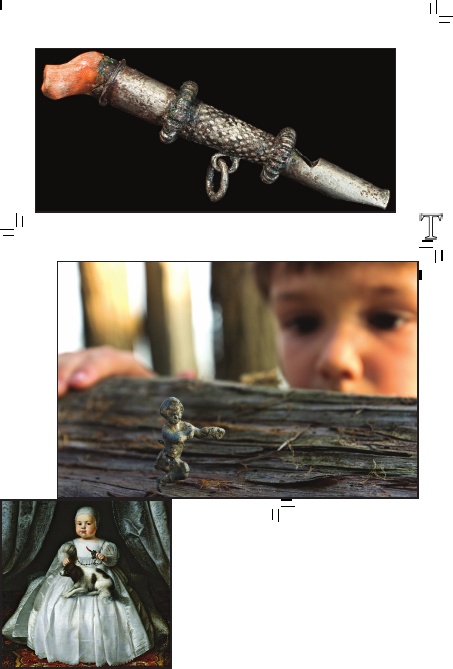 According to the article, gender based play patterns were present even then. Boys played with military toys (see the above picture) while girls played with dolls. Here is how Ms. Straube puts it:

The toy horses are modeled with a saddle in use at the time James Fort was settled. …The missing equestrian figures should also reflect seventeenth-century armor and weaponry… A hole runs vertically through the saddle, presumably for seating the rider on top and providing a means of standing the horse upright. Toy horses were mounted on stationary stands, on wheels to be pushed and pulled, and on wooden sticks to be waved about during play…

The presence of a clay doll head and a lead boy figure (a colonial action figure?) suggests that girls were present in the colony as well. Ms. Straube posits that the doll was made in Nuremberg, Germany, then as now a center for the toy industry.

Apparently, there were also toddlers present in Jamestown. A teether, made of expensive silver, was during the dig. Its presence not only speaks to the age of the child but the possibility that the it's parents were wealthy.

As foreign as life in a wooden fort 400 years ago may seem to us today, things in many ways were not that different. Just think of it, while Pocahontas was saving John Smith from being slaughtered, children back at the Jamestown fort were playing with manufactured toys.