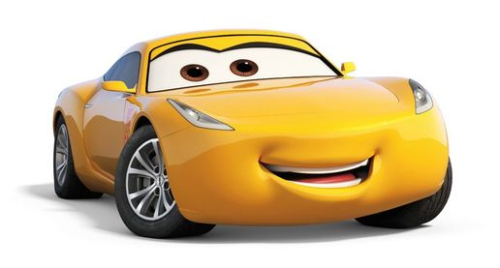 The look of America continues to change and nowhere is that more visible than in the movies. Cars 3, Walt Disney and Pixar's latest addition to its anthropomorphic car series, is sporting a new lead character and she is Hispanic.

Her name is Cruz Ramirez, (Comedian Cristela Alonzo, who bills herself as "Lower Classy", does the voice work) and she is not just a great character but an attempt by Disney to reach out to a broader audience that is both female and Latino. According to the New York Times, "Diverse Crowds Fuel ‘Cars 3’ and ‘All Eyez on Me’ at Box Office", the box office for the movie opening was 25% Latino. To give that percentage some perspective, it helps to know that Latinos currently make up 17.6% of the US population and that they are big fans of animated movies.

Those of us in the toy and play industry should take note that the uptick in Latino attendees was not by chance. The Walt Disney Company heavily promoted the movie to the Latino community. Also of note is that there are more family movies on the way that have Latino leads: "Coco" from Pixar and "Ferdinand" from Blue Sky are premiering later this year.

Disney's marketing to Latinos will not do the toy industry much good unless it in turn merchandises and markets accordingly.  Remember, In store toy inventory for Wonder Woman, an action movie with a female lead, was minimal and the merchandising was, as a result, far from the robust promotion that movies like Spiderman and the Avengers receive (see "Wonder Woman; what's selling").

So, here are questions for those who retail these products:

1.    Did you emphasize the Latino character, both in merchandising and in inventory, in heavily Hispanic markets?

2.    What about merchandising some of the die cast cars, not just with the toy cars but also with girl oriented toys?

3.    Was in store signage for the movie feature both English and Spanish? Providing some Spanish is a nice way to say to Latino consumers that they are valued.

4.    Did you promote the Cruz Ramirez character in your ads?

5.    Finally, did you stock a sufficient amount of Cruz Ramirez toys to make an impact or will they, like Wonder Woman toys, hold back on the quantities?

Bottom line, there should not be an enthusiasm gap between the movie and the product tie-in. If we as an industry want to broaden our sales we are going to have to actively and aggressively send a message that we want people of color and females to embrace our products.