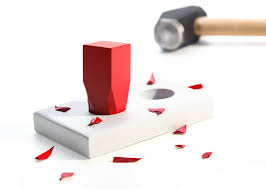 I think most of us were surprised to read two announcements, literally within minutes of each other, that Amazon had purchased upmarket supermarket chain, Whole Foods, and that Walmart had acquired men's, upscale clothing retailer Bonobo's. These are both, at least to me, interesting yet somewhat awkward acquisitions.

Amazon has been in recent years locked in a war with Walmart for the consumer's dollars. Both companies, e-commerce giant Amazon and bricks and mortar titan Walmart, have been trying to figure out how to best invade their opponents turf. Walmart has made some strong moves having purchased e-commerce providers Jet.com, shoebuy.com and now Bonobo's.

Amazon, on the other hand, has been experimenting with bricks and mortar outlets but its been largely more talk than action. That's why an acquisition the size of the Whole Foods deal ($13 billion plus) is totally out of character. Amazon will be going from a digital company with no bricks and mortar in their DNA to becoming the possessor of a bricks and mortar company that generates revenues that are close to $16 billions annually.

The supermarket industry and Whole Foods' in particular has been struggling. Whole Foods, coming of age when prepared foods went mainstream and natural foods were going corporate,  provided consumers with organically grown, sumptuous foods. Lately, however, Whole Foods has been struggling with mainline supermarkets that have grabbed hold of the natural foods sector and engaged in an ongoing price war. To make matters worse, in 2015 Whole Foods was hammered with bad press after having been found guilty of overcharging New York consumers for 80% of their prepackaged goods.

It many ways this is a good move for Amazon. They are more than capable of using their purchasing clout to bring down Whole Foods prices and regain market share. More importantly, it is likely that they will begin expanding their prepared food delivery services and by doing so make Whole Foods the cornerstone of its prepared food business. They will compete with the likes of FreshDirect and PeaPod for grocery delivery as well as meal delivery services like Blue Apron and your local Chinese food delivery restaurant.

What I do think could be a challenge for Amazon is their suddenly leaping into the hyper competitive supermarket industry on the back of a flawed and struggling Whole Foods. Simply put, do they have the people and corporate culture to manage the transition from digital landlord to bricks and mortar proprietor?

I have a similar concern with Walmart's much smaller scale purchase of Bonobos. Any of us who have visited Bentonville know that Walmart enforces a conservative, middle of the road culture. How are they going to relate to the entrepreneurial, Millennial culture at Bonobo's whose culture is self-described as: "Self-awareness, empathy, positive energy, judgment, and intellectual honesty". As you will recall, Walmart's is “saving people money so they can live better”.

These are chaotic times in retail. We are watching the creation of the retailing landscape that our children and grandchildren will take for granted. For us, we just have to keep holding on.