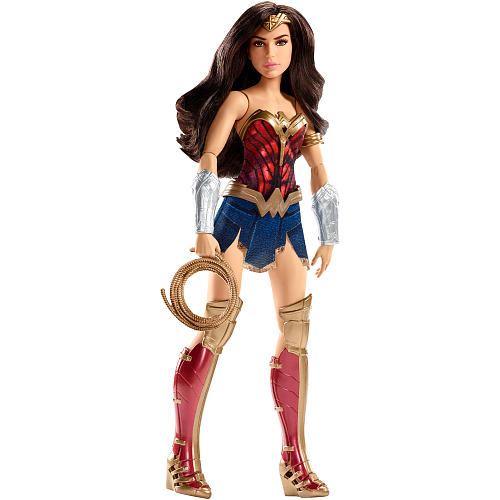 Lackluster presentations, schizophrenic merchandising and a  movie that maybe doesn't translate into merchandise sales has resulted in what appears to be, at least so far, a disappointing sell through.

So, how is Wonder Woman doing? I have been hearing word from my contacts that sales were slow but decided to visit some stores in order to see for myself. After all, Wonder Woman had an historic opening (see: "Wonder Woman Movie Has BIG Opening Weekend; but will it sell toys?") and drew an audience that was large and 52% female. Most action movie audiences run 60% male so that is a significant shift.

Based upon my research and what I saw in the stores,  it seems that retailers were restrained in their enthusiasm. It was "Cars 3", which opens on the 15th)  that seemed to be the movie of the moment with major display areas devoted to tie-in products. Interestingly, despite the exposure, shelves and hooks looked full which confirmed what I had been hearing, and that was that sales for "Cars 3" were okay.

The Wonder Woman merchandising I did see seemed a bit schizophrenic. Some of it was displayed with the dolls, some with action figures and some in the movie section and none of the displays I saw had enough variety or quantity to carry an impact. 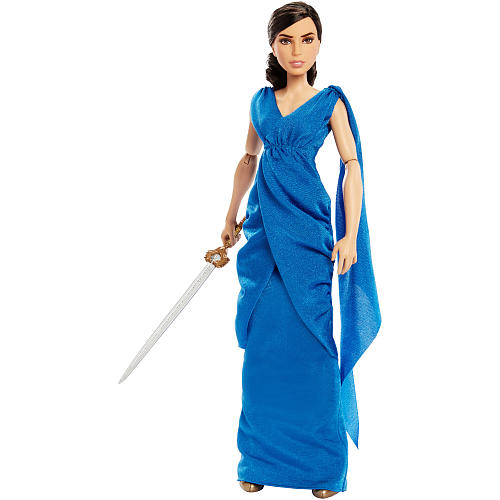 My takeaway is that if you are going to do a female super hero you need to give her the attributes that other action figures have (weapons, clothes and accessories that are about aggression). You also need to commit to some serious merchandising.

Whatever the reason, it seems that a combination of lackluster presentations, schizophrenic merchandising and a  movie that maybe doesn't translate into merchandise sales has resulted in what appears to be, at least so far, a disappointing sell through.