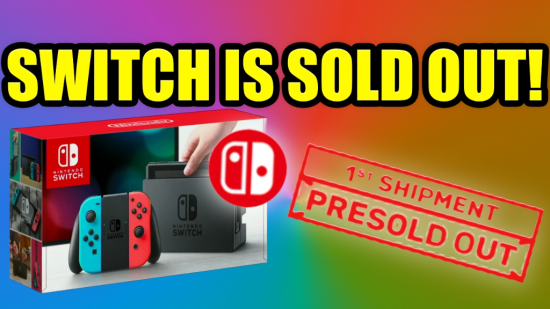 Toy sales in 2017 have been flat as have been consumer products sales in general.  Economists  are pointing to the reason as an abundance of consumer caution.  I think, however, that there may be an additional cause, at least when it comes to toy spending: The success of the Nintendo Switch game console and the launch of what some consider to be one of the best video games of all time, Zelda Breath of the Wild.

If you will recall, the Nintendo Switch is a portable game console that is sold out in most locations. How well is it doing? Financial Times and other outlets are reporting that Nintendo plans to build another 18 million units. How big is that? 18 million times an m.s.r.p. of $299.99 comes to roughly $5.4 billion. That is approximately 25% of the toy industry's annual U.S. revenue.

The toy industry has enjoyed three consecutive years of revenue growth. That may in part be due to what had been a soft video game market. That may be about to change.

Remember, a video game console purchase is a big one. It means that $299.99 of the family's expendable income for toy purchases has been invested in one item. That means that Moms and Dads will tell their kids that this year's toy purchase was the Nintendo Switch and it was for the whole family.

Bottom line, if the Nintendo Switch continues its run, I think we can anticipate a continuation of the slow toy sales we have been seeing in the first half of the year into the second half.