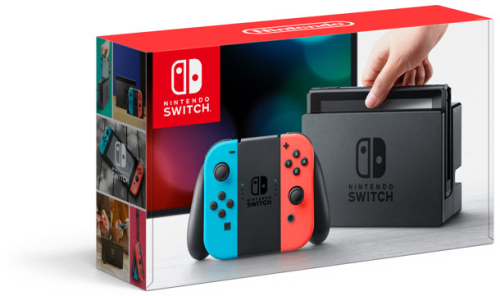 Nintendo has made a better mousetrap, the world is beating a path to it's door and it is sold out.

The world's media has been fixated of late on the Fidget Spinner. If you will recall, it is a simple three prong rotating spinner that provides a great way to work off stress and do some tricks if you like, all at the same time. I have written about it ("Why Fidget Spinners and Why Now?") and been interviewed as well (by the BBC no less).

While all this has been going on there has been another hot toy and its a gaming console.l. It is the Nintendo Switch and it is in such demand that it is impossible to find. It is so hot that,  according to NPD, "video games hardware sales compared to the same period last year increased 37 percent..." Gamestop, which had been struggling, reports that its new hardware sales are up 24.6%, all due to the Switch.

Why is the Nintendo Switch so in demand? It is because it offers true console portability. You can play it at home or take it with you.

What I think it important about the feeding frenzy around the Switch is that it is not based upon some unfathomable consumer reaction (think Pet Rock or Silly Bandz) but upon improved functionality. Nintendo has made a better mousetrap, the world is beating a path to it's door and it is sold out.

Here's a question: "When was the last time that the toy industry created a better mousetrap?"