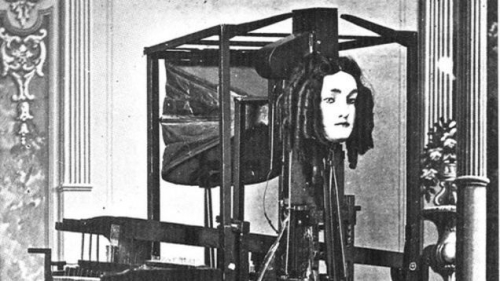 One of the few people who found the Euphonia to be compelling was a gentleman named Melville Bell. Melville's son was Alexander Graham Bell.

I never ceased to be amazed at how far back in time we can track toy technology. I had thought that the first talking doll was the one invented by Edison in 1877. It used recorded disks to create a girl's voice that was actually pretty creepy. Maybe that is why it didn't sell. 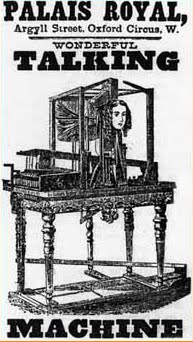 It was the Euphonia, however, invented in 1846, that predated Edison by a full 30 years. It was Invented by an American, Joseph Faber, and was featured by none other than P.T. Barnum at  his American Museum in New York It did not feature a recording device but rather utilized a bellows, a telegraph wire and other mechanics to produce something that sounded like a disembodied voice. It was described by one viewer as having a “horse sepulchral voice…as if from the depths of a tomb”. Despite Mr. Barnum's best efforts, the Euphonia was quickly forgotten. 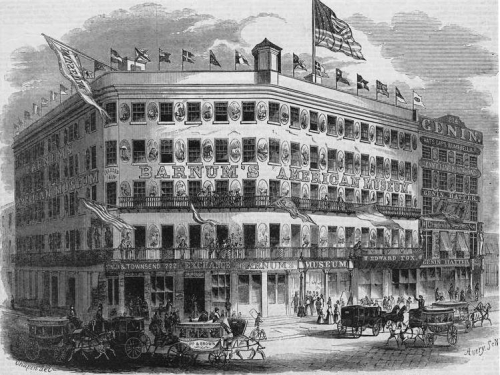 The Euphonia may, however, have been the inspiration for one of the 19th century's greatest inventions.

It seems that Barnum took the Euphonia to London and exhibited it at one of the city's convention centers, Egyptian Hall. One of the visitors was a Scotchman named Melville Bell. Melville's son was Alexander Graham Bell.  You have to wonder if maybe young Alexander first got his inspiration for the telephone from visiting the Egyptian Hall with his Dad and seeing the Euphonia in action.

If that is the case, the Euphonia was, at least for young Bell, a type of STEM toy. There is always more to a toy than we think.