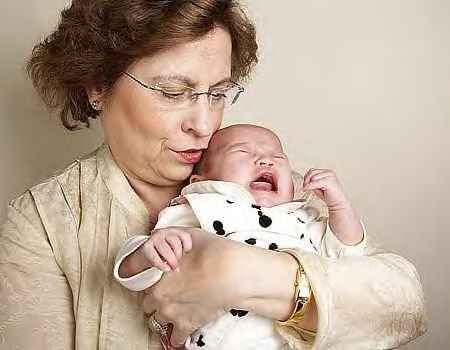 Change that image in your brain of a new Mom looks like from a youngster in her early twenties to a mature woman in her 40's and 50's.

Anything that has to do with births and birthrates is important to the toy industry. Therefore, we all need to pay attention to the latest United States Census Fertility Report which states that for the first time, 53.8% of women between the ages of of twenty five and twenty nine have not had children. If that's not surprising enough, only 30% of women aged thirty to thirty four have had a baby. Who is having children; older women?

According to Glamour Magazine, in an article by Suzannah Weiss entitled "More Women Are Having Kids in Their 30s Than Their 20s, and That's Good", "the average age for women to have their first child in 2016 was 28, compared to 26 just two years prior."

Glamour goes on give the reasons as "financial stability and emotional preparedness, according to a 2016 Fertility Centers of Illinois survey."  I think, however, that there are some important other components. At the same time that younger women are choosing to follow their professional ambitions (and pay off those college loans) women in their 40's and 50's  are feeling socially more freed up to be older moms.

And those older Moms are good at it. They have had more years in which to gain a better perspective on life and family. They also frequently have more money to invest in a nanny which provides them with more freeddom than their younger cohorts.  Finally, older women have older husbands (in most cases) and that means that both of them have had time to stabilize their relationship or to have gotten out of one that no longer works.

Should we in the toy industry be concerned? I don't think so. If anything, history teaches us that products trend up and down over time and therefore nothing stays the same. Yet, this is the moment in which we live.

So, at least for now, change that image in your brain of a new Mom looks like from a youngster in her early twenties to a mature woman in her 40's and 50's. Once done, plan your marketing and products accordingly.