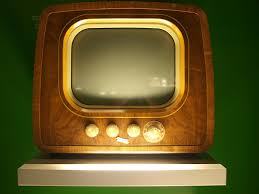 Television has, since the 1950's, been a powerful medium for advertising toys. In fact, whether a toy is advertised on television still makes the difference between quantities purchased not to mention getting listed by a retailer. Walking into a buyers office, pulling out a toy and stating the intent to run millions of dollars in advertising was and is a powerful moment for many a salesperson and buyer.

What about today? Is television advertising still as important as it once was? After all, television viewership is in decline, particularly among Millennials and Z's. They prefer smaller screens (their phones) where they watch Youtube, Instagram, Musical.ly, Yik-Yak and Twitter.

Yet…yet…it appears that advertisers are still spending the bulk of their advertising dollars on television and particularly on the major networks. That according to an interesting New York Times article by  John Koblin and Sapna Maheshwari, "As Viewers Drift Online, Advertisers Hold Fast to Broadcast TV".

Here is how the authors of the article put it: "This week, as ad buyers cram into New York institutions like Radio City Music Hall and Carnegie Hall to watch the broadcast networks talk up a new TV season, they will again prepare to spend as much as $9 billion to be a part of it. Though the market may be cooling this year, a significant drop is not expected."

They go on to say: "television still reaches more people and provides a reliable way for an ad to be seen on a full screen with sound. There is a limited amount of inventory, in contrast to the endless reach of the web, and marketers know rates will spike if they wait to buy airtime."

The article provides additional reasons that I won't cite here so I suggest you read the entire article. Something he does not mention, however, and that I think is a key element is that those who are in senior positions in the advertising industry are television natives. They grew up watching it and they have made their careers on buying it. They are understandably biased to what they know and understand.

When the big shift to non-television advertising does take place it will be sudden and sharp and it will happen because a new generation of Internet natives will have taken over the top positions in the advertising industry. So, just because advertising companies still throw their money at television, it doesn't necessarily mean its the best means of reaching audiences.

How are you spending your advertising dollars?