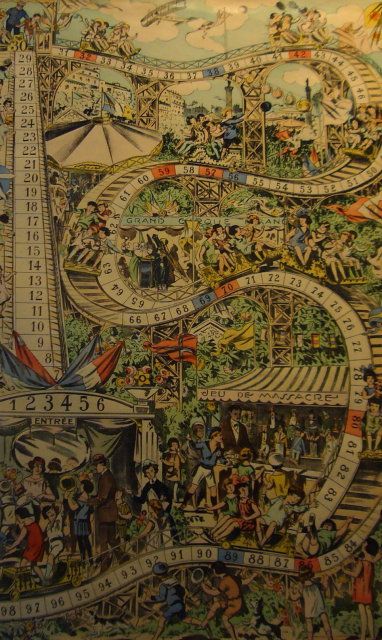 The above game appears to be based upon the excitement of riding a roller coaster. The first roller coasters with fixed tracks and guard rails dated back to mid-19th century France. 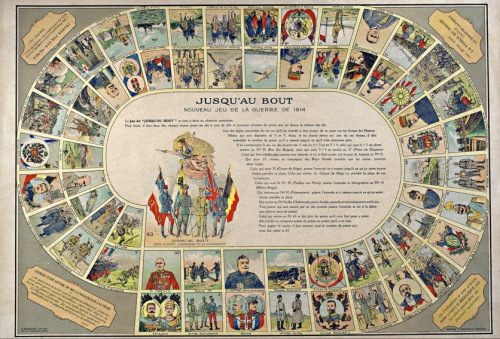 The above game appears to have come out either during or directly after World War I. 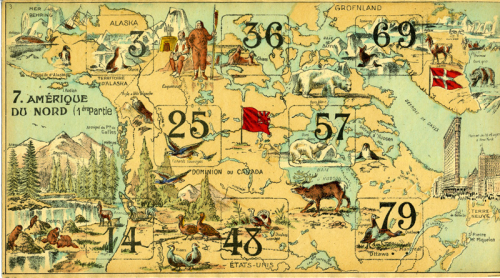 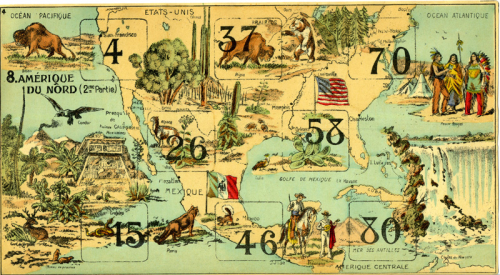 This game about North America features a number of points of interest. What I like is that it highlighted the Flat Iron Building which used to stand at the corner of Broadway and Fifth Avenue and across from the old Toy Building. French version of The Game of Goose, Circa 19th century

The Game of Goose had been around since the 15th century. I have never seen one that was a charming looking as this one.