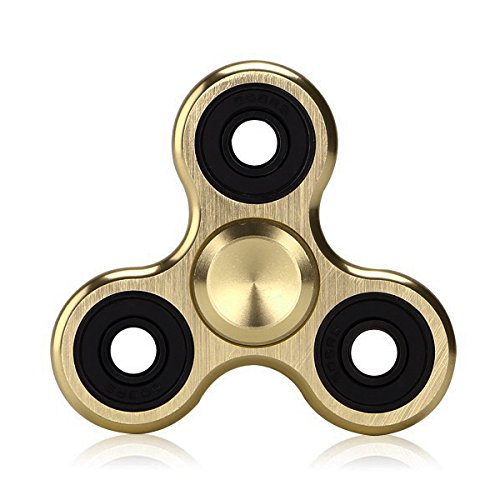 The Fidget Spinner is a bonafide fad. How do we know? Teachers are banning them from classrooms.

I have gotten numerous calls from media outlets wanting to know why fidget spinners are so popular and why now? After all, they have been around for some time. Originally used as a device for children with autism; later as an expensive adult toy (in the same vein as the Leatherman tool and the Swiss Knife) and finally as a fidget toy for kids.

Its actually a very simple toy, featuring a ball bearing and two to three wings. When spun, a fidget spinner can keep going for a long time, allowing the user to work off some agita while maintaining the speed. An accomplished spinner can also do tricks, advancing through the learning curve and maximizing their skill level.

So, why has this item become so popular? For one thing, there is no one claiming a patent. Therefore they are flooding out of China in an amazing number of styles, prices, materials and quality levels.

I think, however, that the biggest reason is that we live in a time of global anxiety. North Korea, Syria, health care, climate change, you name it. Adults feel it. Children do too.

In the past, adults (and some children) would have smoked cigarettes. Now its not socially acceptable and people need to find a way to work off their angst. Enter the fidget spinner.

Children, at least American children, get little in the way of recess. They are chained to a desk in school. What better way for them to work off their need to move but by spinning a spinner.

Which makes it so ironic that teachers want to ban them. So here is my suggestion, if they do that, at least give students more than 15 minutes of exercise a day. Maybe then they won't need a spinner.