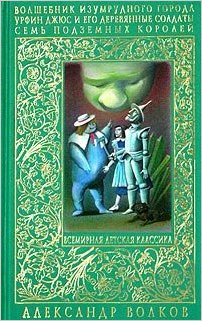 "Urfin Joos and his Wooden Soldiers"

Have you ever heard of this Oz title: "Urfin Joos and his Wooden Soldiers"? How about this one: "The Seven Underground Kings"? The two novels, originally published in Russian as, Урфин Джюс и его деревянные солдаты and Семь подземных королей, are not the product of L. Frank Baum, the author of the Wizard of Oz. They are the work of Alexander Volkov, a Russian writer who in the 1930 came out with his own version of the Oz books. 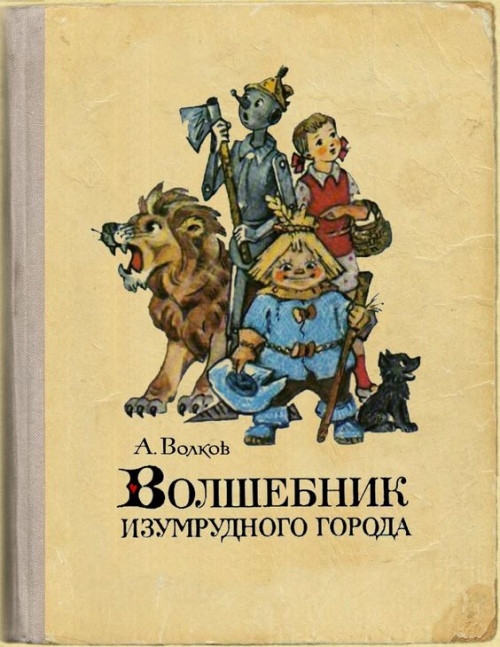 "The Wizard and the Emerald City"

Mr. Volkov's series of books was essentially a case of intellectual piracy. He went on to write six books in the series as he continued to publish into the 1960's.  His series continues in popularity and actually overshadow's Mr. Baum's work not only in Russia but in China and the former East Germany. 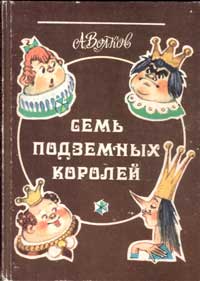 I am a collector of the Oz books and particularly the work of Mr. Baum, his successor Ruth Plumly Thompson and illustrator W. W. Denslow. I had not been aware of Mr. Volkov's books until recently. Reading them is to be stepping into an alternative Oz universe. The stories are different. For example:

Some of the lead characters  have different names.  Ironically, Dorothy Gale takes on the very American name of Ellie Smith in the Russian version and the Tin Woodsman is known as Iron Lumberjack.

There are new characters including, among them, some talking foxes, Ellie's sister Annie, Eot Ling the wooden clown and Charlie Black, another visitor to Oz.

Not surprisingly, the two authors' world views are different. Baum, who began his series in 1900, lived in a world with kings and Emperors.  Volkov, who came of age after the Russian Revolution is both anti-royalty and anti-aristocracy. As an example: He arranges for the Seven Kings to lose their memory of ruling and become average citizens. In fact, you have to wonder if Volkov's Seven Kings was at least in part a reference to the deposed Kaiser Wilhelm of Germany, Czar Nicholas of Russia, the Emperor Franz Joseph of the Austro-Hungarian Empire and the Ottoman Emperor, Mehmed V.

Its an interesting twist on a story we thought we all knew.