Asia Pacific was the top region in the world in terms of disposable income and expenditure growth during the period of 2011-2016. While Asia evolves as the global leader in population, production and consumption, manufacturers across many industries are looking into ways to increase sales and market share in the region. As I also explore in Euromonitor International’s "Licensing Cross-industry Potential Presents Untapped Opportunities", licensing is a key area offering many opportunities. Euromonitor International has identified five major trends in character licensing which could help the industry to understand this key region that is on many companies' radar in their global expansion strategy. 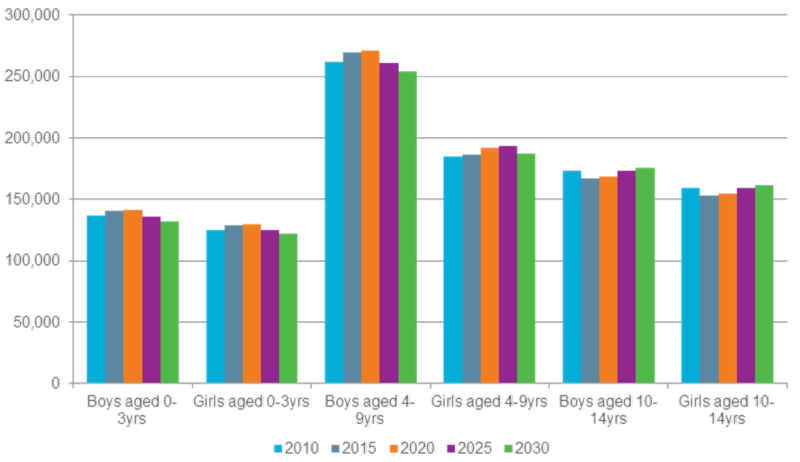 The size of a child population is a major determiner of potential character-based licensed product sales. Reaching 980 million in 2015, Asia Pacific is already home to more than half of the world's 0-14-year-old population; almost double the size of the next biggest region of Middle East and Africa with 553.8 million. Euromonitor International predicts that the relaxation of the one-child policy could mean an extra 2,175,000 babies born each year on average over the preiod of 2015-2030 offering further opportunities in character-based licensing across many industries; from apparel, packaged food, soft drinks, beauty and personal care, to personal accessories, toys and games, consumer health, home and garden, and tissue and hygiene.

The impact of Japanese character licensing from comics and cartoons, also known as manga, in Asia Pacific is massive. These properties could account for as much as three quarters of the top 20 most popular properties in the region. The expansion strategy is fuelled largely by unfavourable demographic and economic conditions at home. The Japanese population is ageing and the median age will increase from 46.8-years-old in 2015 to 52.6-years-old in 2030, the oldest population in the world. Its population is predicted to decline by 2.3 million inhabitants between 2015 and 2020. An ageing and declining population is creating more challenging conditions for the industry, forcing Japanese character licensing companies to look for other markets beyond their home market.

Rising disposable income and the emergence of a middle class

Asia Pacific is expected to be the region with the world's best income growth prospects, with total annual disposable income set to grow 94% between 2015 and 2030. The expansion of the middle class is driving consumer expenditure as well as changing consumption patterns towards more discretionary spending, including licensed products sales especially in the emerging economies of the region such as China, India and Indonesia. Since licensed products are priced more expensive than their non-licensed equivalents, affordability is a key factor determining sales.

Economic growth in the emerging markets of APAC has been accompanied by rapid urbanisation. Migrants who moved into urban centres pursue higher income  employment than their counterparts who live in rural areas. In this regard, urbanisation creates opportunities by stimulating demand, and licensing would benefit from a new class of consumers as well as their rising purchasing power. By 2030, almost two thirds of the Chinese population is projected to be living in cities, up from just a half in 2009, while developed economies in Asia Pacific, such as Japan and Taiwan, already enjoy   over 92% urbanisation.

While the process of urbanisation is good news for the licensing industry, as it could be linked to the spread of modern lifestyles, over the next 15 years, living standards in most emerging metropolises will remain well below the current averages of the  developed world. Consequently, pricing strategies need to be adjusted for each market accordingly.

Piracy and counterfeiting are major problems in Asia Pacific. It is widespread across  many industries, especially in China, and not a threat limited to the development of character licensing. The decades-long problem is not only jeopardising the domestic/regional licensing industry, but also poses serious consequences on a global scale. For instance, it is reported that nine out of every 10 fake items seized at US borders originates from China. Chinese authorities have been getting better at fighting piracy and counterfeiting however, the momentum of reform has yet to reach the front lines.