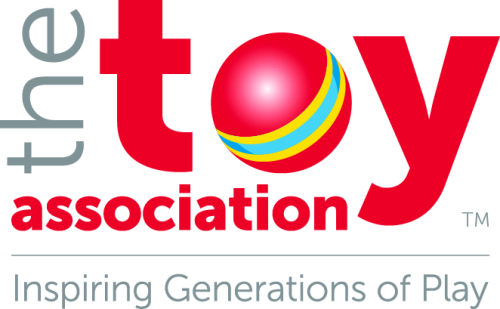 The Toy Association (formerly known as the Toy Industry Association) has a new name, a new logo, new offices, a new strategic plan and a new attitude. That is what I discovered when I visited the association's new 10th floor digs at 1375 Broadway.

I was privileged to have been one of the first visitors to the new headquarters and even luckier to have been shown around by Stephen Pasierb, President of the Toy Association. As I walked through the offices, I had the growing sense that this move was more than simply a change of address. It was the end of one era and the beginning of another.

Let me explain: The old association offices were a couple of blocks away from the Toy Buildings at 200 Fifth Avenue. It appears that the building that housed the offices was constructed at about the same time as the Toy Building. Hence, when visiting I always got a feeling that I was back at the old Toy Buildings with their stuffy, sun deprived showrooms .

This move therefore felt to me like the toy industry has finally broken with its past and moved forward to a vastly different business environment than was in place when the toy building opened in 1916. The new offices reflect that change.

The new office is on the corner of 37th and Broadway, just three blocks from the 34th street stop which is serviced by the B,D,F,M,N,Q,R and W subways. It is also only five blocks from the Times Square station which is served by the A,C,E,W,1,2,3 and 7 and its not far from Penn Station, Grand Central and the Port Authority Bus Terminal. In short its in the middle of everything that moves.

What you notice immediately upon entering is that the new offices are spacious and open with lots of windows supplying abundant sunlight.  The rooms and halls are lined with toys and the architects of the space, HLW International, did a wonderful job of using toys as materials. One room I visited, "The Domino Room", had a wall made of real dominoes.  In the cafe (yes there is now a cafe) the backsplash is made of marbles.

The hallways will contain homages to the Toy Industry Hall of Fame Members as well as the current years Toy of the Year winners. But most importantly there is a place for you, the Toy Association member. You are going to have  your own office space.

The Toy Association has installed some work space for Toy Association members who are visiting New York. You can call ahead or use the Internet to book space.There are also meeting rooms available for as few as four or up to forty.  They want members, WIT, ASTRA, LIMA and others to use the new space.  I think that this is not only a great service but an important gesture of inclusiveness.

Of course that's not all that's changed. One of my first questions to Steve was why the name change? Steve explained that the word "Industry" is redolent of the 20th century and smokestacks. These are not the image we want to project in the 21st century. In addition, the name implies that the association was only for, or at least oriented towards, manufacturers. That's no longer the case as retailers, big and small, can now be members as well as associated businesses.

When I spoke with Steve he made a point of telling me that the name change, the new space and the new logo are all part of an attempt to change the Toy Association into an organization that wants to get closer with all of its members and its employees.

If you are in New York, make some time to come in and visit. I think you will find the experience to be reassuring about your place in the Toy Association and its place in providing more service and value to members.