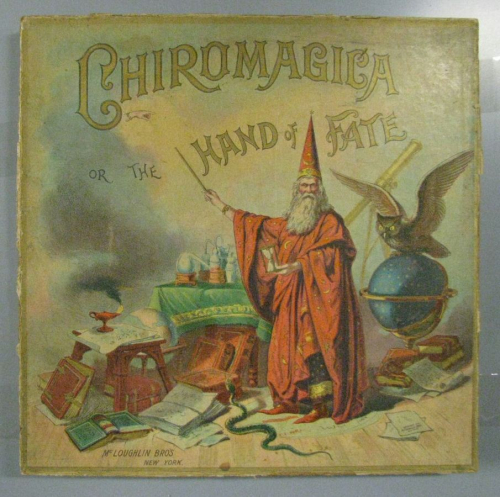 During the late 19th and early 20th centuries there was an intense interest in getting in touch "with the other side". Some believe it was due to the number of deaths that occurred during the Civil War. For whatever reason, a number of notable scholars and authors believed in the supernatural and that includes luminaries of the time like the philosopher William James, the author Arthur Conan Doyle and the naturalist Alfred Russell Wallace.

As you would imagine, in such an environment, there were a number of games that allowed players to engage the beyond. The above game, Chiromagica (I love the box cover), was, according to Boardgame Geek,  an 1870 release from the McLoughlin Bros.company. 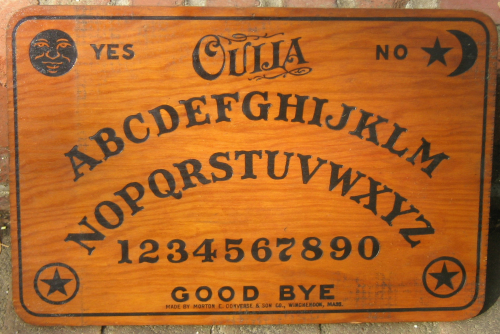 The above Ouija board, manufactured by the “Morton E. Converse & Son Co., was brought to market in 1890. 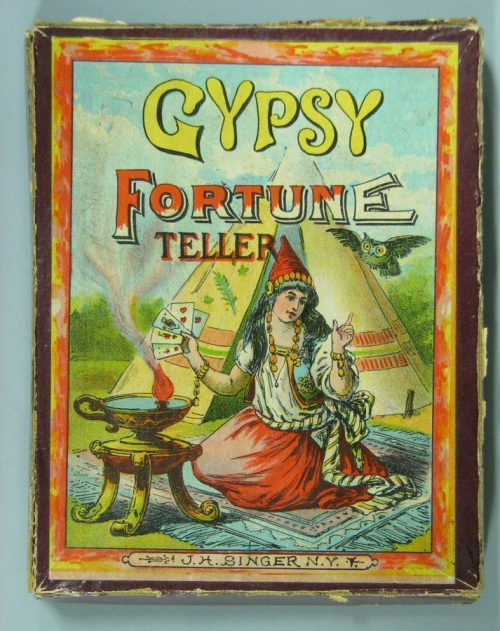 Gypsy Fortune Teller cards from the Strong National Museum of Play collection date to the late 19th century. They were manufactured by J.H. Singer. This Nile Fortune Telling deck of Cards dates to 1899. One of the cards reads: "A Trip to the Country. Love-making overtures."