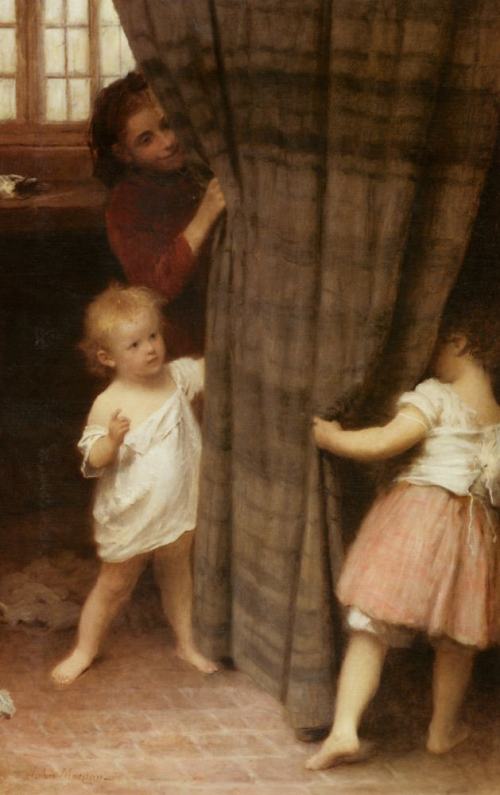 I loved playing Hide and Go Seek when I was a kid.  I bet  you did too.

There were no adults, just kids ranging in age from six to twelve, running around the neighborhood, desperately seeking new places to hide. As I got better at the game, and learned the nuances of my neighborhood, I found hiding places so secretive that in some cases I was never found…something I found to be not that much fun.

Where did I hide?

I hid on the top of an office building, making my way to the roof via a fire escape.

I hid under people's porches, smelling the mildew of soil that hadn't seen sunlight in decades.

I snuck into in a neighbor's basement where I found a corner bathed in shadow. I became "invisible".

There are actually a number of variations of Hide and Go Seek.  My favorite was one called Ringalevio. It involved two teams, one of which would hide and the other would seek. The winner was the one who found all members of the other opposing side.

There was also a game called Chain Hide and Go Seek. I never played it but it sounds like fun. When you found someone, they had to hold your hand while the two of  you sought the next hider. The chain gets progressively longer and more players are caught.

I never played Sardines (also called Smee) but wish I had.. The idea is that everyone looks for one player. As they find the hider, they have to cram into the same space with him or her and wait for the others to find them, progressively packing the space.

And then there was Kick the Can. It was like Hide and Go Seek but if someone ran in and kicked the can over (it was usually a tin vegetable can) everyone was freed.

I doubt that many children today have the joy that we had of hiding, seeking, finding and avoiding being found. Did you play? Do you have memories you want to share here or on one of the social networks?