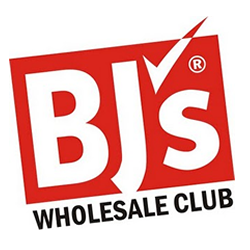 According to Fortune magazine, New York Post and other media outlets there, is reason to believe that Amazon is considering a purchase of BJ's Wholesale Club. The fact that the story is even out there is news because it is another step towards Amazon, the ultimate e-commerce retailer, entering the world of bricks and mortar.

BJ's runs 200 warehouse clubs that are in the same retail channel of trade as Sam's Club (660 stores) and Costco (727 stores). They have been around since 1984 and in that time have been owned by the now defunct Zayre and Ames chains as well as by TJX. The company is now independently held by Leonard Green & Partners.

Why would Amazon want BJ's? Here are some thoughts:

Walmart purchased Amazon's wannabe e-commerce rival "Jet.com" last year for $3.8 billion. In essence, Walmart was basically saying: "We are going to go head to head with you on the Internet."

Yes, Amazon is the king of e-commerce but its never smart to put all of your eggs in one basket. With Amazon's buying power and distribution systems, they could turn BJ's into a serious contender with Sam's and Costco.

Amazon is constantly coming up with new ideas for modernizing bricks and mortar retailing (convenience stores with no clerks as an example) and reducing shipping times. BJ's would give them stores in many communities east of the Mississippi River from which they could generate same day deliveries.

Whatever Amazon's reasons, its an interesting play if only as a way to wage psychological warfare on Walmart. Stay tuned as whether the BJ's deal goes through or not, Amazon is going to buy some bricks and mortar retailer(s).