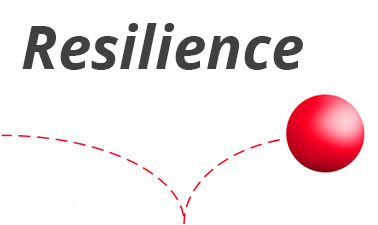 The investment community is concerned about the toy industry. A weak fourth quarter performance in 2016 and a very slow start to 2017 has some investors and stock analysts worrying and trying to find out which way the wind is blowing.

For example, here is a quote from equity research company Zacks in its March 22, 2017 Analyst Blog:

"Age compression is hitting the toymakers revenue severely…For instance, previously, the demand for Barbie was more common among kids aged between three and nine years, which have narrowed down to three and six years. This in turn is tapering the demand for traditional toy."

Zacks goes on to gives some other reasons as well: Soft retail sales across the board, and competition from technology based toys to name two.

I find it a bit bewildering that an industry that has produced three consecutive years of growth is suddenly being seen as suffering from "age compression" and competition from technology sales.  The toy industry has been competing with technology since the advent of the first commercial video games in 1970's. And "age compression" (aka: kids getting older younger) has been talked about for what seems like at least a decade.

In addition, technology play is a long established fact of life.  The toy industry and the video / app gaming business tend to cannibalize each others sales based upon which has the hot product. This year's launch of Nintendo's very successful Switch Console is almost certainly stealing share from traditional toys.

And let's not forget that Bricks and Mortar retailing is undergoing a virtual collapse with 89,000 retail jobs disappearing since last October. Retail workers have lost their jobs and while it is nowhere as painful, the consumer goods market has lost hundreds of thousands of square feet of shelf space.

On top of all of that, consumers are not feeling particularly comfortable about the world in which they live. Things seem a bit disjointed, don't you think?  North Korean nukes, terrorists exploding bombs, Russian bombers flying near the Alaska coast, Syrian chaos and the Mother of All Bombs are hard to ignore.  These kinds of news stories make people anxious and when consumers get anxious they hold back on their buying.

It is and has been a real problem for years. Though its not new, we, as an industry, have still not grappled with the real reason we are losing children at younger ages. Its not because they are getting older younger but because the industry are still not giving them the toys which they're sophisticated little minds want to embrace.