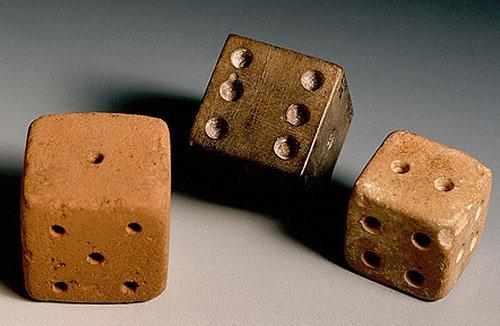 Dice from the Mohenjo Daro Excavation

There is something both elegant and disturbing about the above pictured dice. Elegant because, as is the nature of dice, they are simple in their design and complex in their utility. They are a little disturbing, however, because they are roughly 4,500 years old. 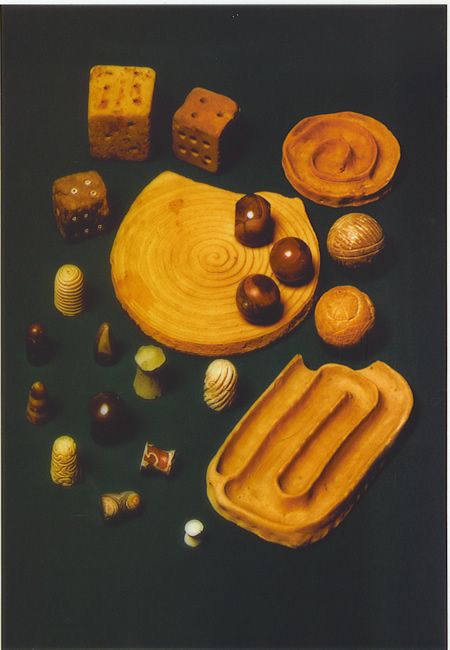 Mohenjo Daro must have been a prosperous place because people (and seemingly adults) had time to play and possibly gamble. Above are game pieces and boards also found at the site. 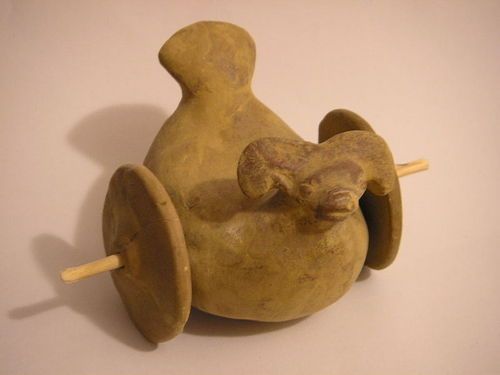 The above wheeled ram was apparently the  Mohenjo Daro version of Hot Wheels. Its interesting that its creator did not depict it with feet but rather with wheels and a place at the back for pushing and steering. It's surprisingly modern in its design.

If the Ram with wheels was the  Mohenjo Daro version of Hot Wheels than the above must be their version of a Tonka truck.

I find that looking at these toys reminds me that toys are as ancient as civilization; that people have always wanted to play and that the materials we work with may be different but the toys we make really aren't that different than those created by these ancient intellectual property creators.