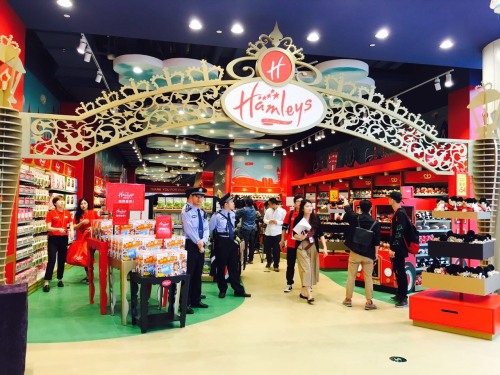 I have been publishing a series of articles entitled "Insights About China from China", by Eagles Lu. Eagles is an impressive man with a great name and a unique outlook on the Chinese toy industry. Eagles works with the Guangdong Toy Association and he has agreed to provide us with his insights on toy trends in China.

A Bigger Appetite for Imported Toys

International toy brands are speeding up their steps into China. General Administration of Customs of P.R.C. announced that, for the first six months in 2016, the value of imported toys reached 663 million USD, up 120.2% from the last year. Some International toy giants open the door to Chinese market through close cooperation with Chinese local toy companies. Playmobil and SIMBA DICKIE GROUP are the two examples. In addition, the rapid developing cross-border e-commerce in China opens up a new prospect for small toy business abroad.

Ever since its initial entrance in China in 2006, American toy retail giant Toys “R” Us now is running 100 stores in 44 cities across China. Its expanding steps never stop here and probably will accelerate in years to come. In October 2016, Hamleys’ first flagship store in China opened in Nanjing. In this nearly-7,000 sq.m. store, you can find enormous fine toys. Embarking on a brand-new journey starting from Nanjing, this century-old toy shop is planning to become a Hamleys-centered complex along with functions of entertainment for children, education, lifestyle services and catering business.

Animation Licensing Is Heating up

In China, brand licensed products are always popular. A hot animation on air often drives up the sales of its licensed products. Mini 4WD, upgraded spin tops, yo-yo owed their high sales to related animations in recent years. After its broadcast in China, Peppa Pig achieved high ratings either on TV or on online video websites, making the brand as well as licensed products beloved by preschool kids in China. 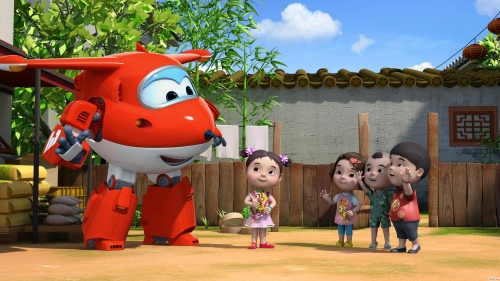 Advertising Spending Is on the Rise

To win on China’s toy market, toy companies have to compete beyond creativity and quality. Mass media becomes their new battle field. To make their own brand known to the public, toy companies invested a huge amount of money into advertisement campaign on magazines and junior TV shows.

Major children's television networks in China have great influence. Just a little mark reading “Partner of XX TV Net Network” or “Recommended by XX TV Network” on product package or décor of a booth will make distributors and consumers confident about and trust about the product. Distributors believe in the magic of advertisement campaign on mass media, which, on one hand, shows the strength of a manufacturer, and on the other hand, reduces marketing pressure on distributors.

Judged by a report released in September this year by Animation Ratings Observer, a Beijing-based consulting service supplier, investment in advertisement on children’s TV networks in summer vacations are growing from 2011 to 2016. With an average increase of 10% every year, growth rates in the latest three years are faster than previous ones. Three of top five advertisers are toy manufacturers, which are Ubbie, Xiaotiancai (literally meaning little genius in Chinese) and LEGO.

More Chinese Brands Are on the Global Market

Cross-border e-commerce is not only a door towards big Chinese market for international brands, but also a high way connecting the global market for Chinese toy brands. With more and more Chinese manufacturers establishing their own brands, they are stepping on the global market under their own brand names. In addition to international toy fairs, they resort to International B2C cross-border e-tailing platform, such as Aliexpress, Amazon, eBay, Wish, LightInTheBox and DHgate. These websites bring a world of China-made toys before you on the screen.