What a weird looking game. Apparently, you pulled the rope to see how strong you were.The face has a bit of a Alfred E. Neuman look to it, don't you think? 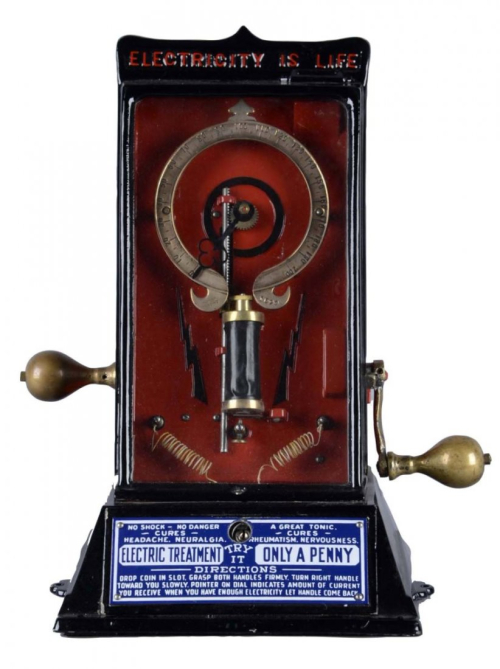 For only 1 penny you could shock your friends.  The first electric power plant in Manhattan was opened only 13 years before so electricity electricity was quite a novelty at the time. People were fascinated by both its power and potential danger.

The above game cost one penny to play and involved your blowing into a hose. If you blew hard enough you could cause each of the divers, one at a time, to rise to the surface. Some probably saw it as an enjoyable pass time and others just passed out. The "Poison This Rat" game, manufactured in 1940 by the Groetchen Tool & Manufacturing Company, invited you to shoot a poison pill at Hitler's mouth. That piece in the middle was a rubber plunger which you pushed or poked as a means of launching the pill. Pretty dark concept but those were pretty dark times.