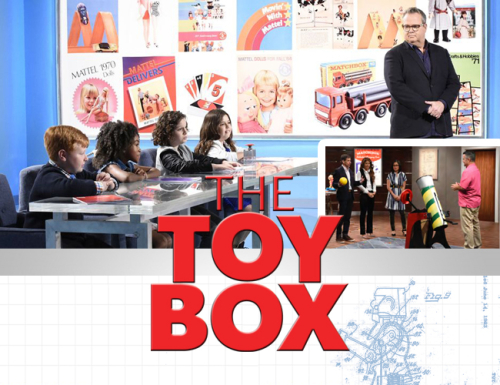 Anything that raises the public's consciousness of the toy industry as a place to work is a good thing. It will bring us more potential talent and that is good us as well as the adults and children we ultimately serve.

Many of us have been saying for years that toy and game inventors don't get the recognition that artists and authors do. Simply put, their names don't end up on the box.

That's about to change as Mattel has teamed up with ABC Television to produce "The Toy Box". It features eager toy inventors, cute kids and industry product experts. It also features a great deal of hope by Mattel that this will be a successful television show and vehicle for connecting with children and parents.

Late last week I was interviewed by Ad Age writer Jason Lynch for his article: "Mattel Is Teaming Up With ABC for a New Competition Series to Find Its Next Big Toy". He wanted to know if I thought a show like this could launch a successful toy. I, as anyone who has been in this business long enough of course, demurred and answered as follows: "“Will the toy be successful after the initial surge of show generated interest? That’s what’s going to be really interesting to watch… Let’s not all assume that just because a toy wins, it is going to be popular. We are frequently wrong!”

Jason also wanted to know: Did I think the show brought anything special to the process? I responded as follows:

I like the idea that it’s going to create an emotional connection to a product, because you’re going to care about the person who created the product,”…You know who wrote a famous book, you know who wrote a song, but very rarely do you know the names of people who invented some of the most important games and toys that we have.”

Bottom line, I don't know if it will work but I hope it does. Here's why: Anything that raises the public's consciousness of the toy industry as a place to work is a good thing. It will bring us more potential talent and that is good us as well as the adults and children we ultimately serve.

I'll be watching. Will you?