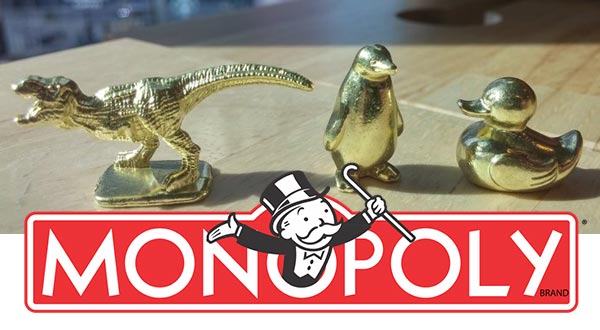 Out with the old and in with the new. At least that is what it feels like these day as Hasbro gets rid of familiar characters and playing pieces and replaces them with new ones.

Hasbro announced today that it has replaced three familiar Monopoly pieces (the Boot, Thimble and Wheelbarrow) with three new ones (the Penguin, Duckie and Dinosaur). This follows the replacement of Clue's venerable maid / housekeeper / cook, Mrs. White, with a biologist, Dr. Orchid. 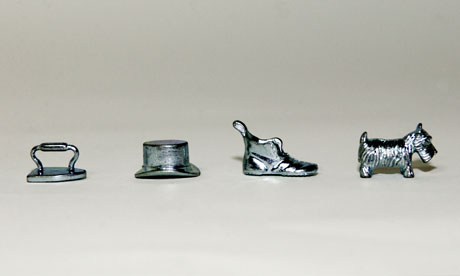 Monopoly, was launched by Parker Brothers in 1935 and Clue or Cluedo was first published by Waddingtons in 1949. Both games' playing pieces, in their own way, reflected how society saw itself. Clue, which was originally published in the UK, reflected the class system. A bit like an Agatha Christie mystery view

of the world, the mansion was filled with British aristocrats with the exception of one working class person, Mrs. White.

The first Monopoly pieces reflected a far more American, middle class view of the world. The earliest games actually came with no pieces so players had to find household objects (a thimble for example) to use as tokens. When Parker Brothers started publishing the game they chose items like a miniature cannon, a top hat, a car, a terrier, a boot, a battleship, a thimble and an iron. These were the familiar items in an America in which people sewed, ironed and wore out their shoes.

It feels like these latest changes reflect how the today's middle class sees the world around it. Why a penguin, a dinosaur and a T-Rex? Well probably because we are more whimsical now in a world in which adults have the time as well as the desire to play and indulge their inner child by watching cartoons, super hero movies and playing big (think Pokemon Go).

Why has Mrs. White been replaced by Dr. Violet? Possibly because the original female characters are less relatable in our modern world. How many aristocrats do we know like Mrs. Peacock or femme fatales like Miss Scarlet. It was Mrs. White, however, the only working class character who got the boot, replaced by a highly educated professional. That makes sense, when you think about it, in a world in which women are doctors, lawyers and, yes, biologists.

Monopoly and Clue may tell us a bit more about ourselves than we might think. What do you think?