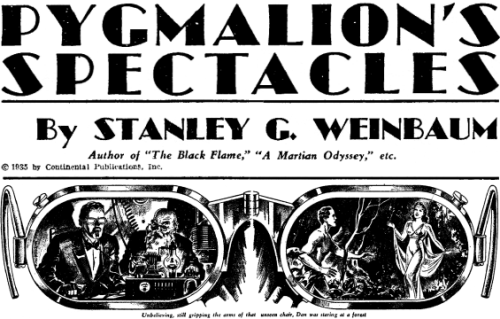 It has been easy to be dismissive of Virtual Reality. It has been deemed to be too expensive and cumbersome. Some have dismissed it as a commercial failure. Yet, there seems to be life, maybe a lot of life, in the technology and its ability to be monetized.

Virtual Reality as a concept is not new. Some, in fact, date it back to a little known science fiction story, "Pygmalion's Spectacles". Written by Stanley Weinbaum and published in 1935, it described a pair of glasses that allowed users to completely immerse themselves in a movie.

It really began to be seriously considered as a commercial application when virtual reality headset creator Oculus Rift raised $2.5 million in 2012 and then went on to be purchased by Facebook for $2 billion in 2014. I tried it out in 2013 and I found it very real…maybe too real yet fascinating.

Last week, Sony Interactive Entertainment announced that its headset had been successful beyond its expectations. The company, in an attempt to be cautious about a technology they were unsure about, under-produced the product. They had anticipated selling 1 million head sets in 6 months. To their surprise (and delight) they actually sold almost that much in 4 months.

Less expensive than Oculus Rift, Sony's success got the attention of the owner Facebook whose VR headset has reportedly been lagging in sales. We don't know if it was a reaction to the Playstation sales or an internal decision but the company has knocked $100 off the price. In addition, Microsoft, Samsung and LG are joining Vive, Oculus Rift and Sony by getting in the virtual reality business as well so there is a lot more investment taking place.

Why should we be paying attention? Because sooner or later (and I think sooner) virtual reality is going to become a major conduit for play and entertainment. Anyone in the business of play needs to keep an open mind as to how their business can be impacted either negatively or positively by what could turn out to be a major shift in how we play.