Art Deco: "A popular design style of the 1920s and 1930s characterized especially by bold outlines, geometric and zigzag forms, and the use of new materials (such as plastic)"

I have always liked the Art Deco style and its streamlined looks. The public was crazy about Art Deco in the 20's and 30's and it showed up in everything from sky scrapers (The Chrysler Building in New York) to hood ornaments to yes, toys.

Shown above is a great looking 1930's tricycle made by the Murray company. 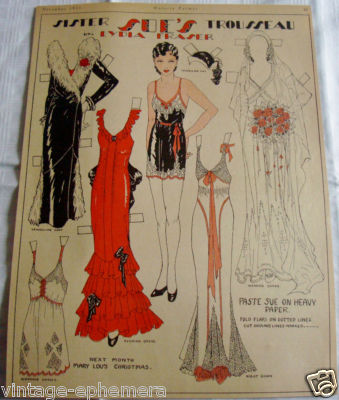 The above is an Art Deco train made by a Belgium company, Bois Manu. I was not able to find anything about the company so if  you know anything fill us in.

Pictured on the next page is a bright red toy car made from pressed steel and featuring white tires. It was made by the Wyandotte toy company. Situated in Ohio, the company was founded in 1920 and lasted until the 1950's. Its slogan was ""Wyandotte Toys are Good and Safe."