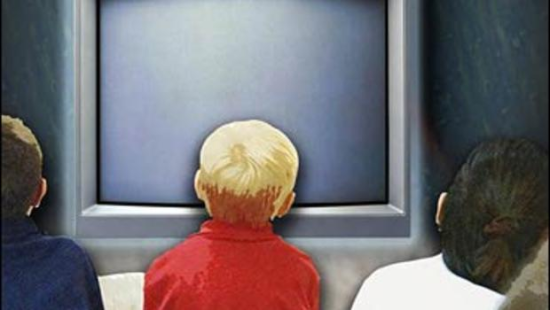 Toy Fair is an opportunity to meet lots of new people. This year, among my new acquaintances is Josh Golin, Executive Director of "Campaign for a Commercial Free Childhood". Mr. Golin's organization is concerned with the effect that corporate interests (you and me) are having on children. Specifically, his organization feels that the toy industry, which does advertise heavily to children, is a bit of a villain. Here is the organization's mission statement:

CCFC’s mission is to support parents’ efforts to raise healthy families by limiting commercial access to children and ending the exploitive practice of child-targeted marketing. In working for the rights of children to grow up—and the freedom for parents to raise them—without being undermined by corporate interests, CCFC promotes a more democratic and sustainable world.

And who are those corporate interests? They are, according to CCFC, Hasbro, Mattel, you and me. Any of us who promote toys are considered to be undermining childhood. How much do they hold us guilty? Well, they mock us by parodying the TOTY Awards by calling their's the "Toady Awards"; awards they give in order to single out toys they think undermine children and their  parents.

So, what was it like speaking with Mr. Golin? Actually we had a spirited conversation. He asked me my opinion on certain types of advertising and I responded. He was interested in what I had to say and was respectful.

We actually found some points of agreement. Let me say clearly that I respect Mr. Golin's decision to enter the "heart of darkness" and see what Toy Fair was all about. This was his first trip and I think, all in all, he was finding it interesting. Did he change his mind about anything? I cannot tell but I don't think that is what is important. What is important is that he came and saw what the industry is about in a little more granularity.

I told him my position on advertising to children which is that it is a social good. We live in a consumerist society in which we have to make good decisions throughout life as to truth in advertising and the true value of what we purchase. By advertising toys to children we teach them, at a small cost, how to make educated decisions as to what seems to be truthful and what is not. Is that why we do it; of course not? We do it to sell toys. That does not mean, however, that there is not a value that results.

To illustrate my point I told him about my disappointment as a child in receiving a toy submarine that I had seen advertised on TV. In the commercial, it raced across the ocean floor moving in and out of various undersea scenes. In reality, it ran on baking soda and it could only sink and float, up and down, seemingly endlessly……… What a disappointment! What an education! Later in life when I would see a new razor or after shave advertised on TV, I would think to myself: "Is this that submarine all over again?"

I think we can all benefit from a more nuanced conversation about things like advertising and the role of the private sector in childhood. It's not all black and white…its complicated. Let's talk.