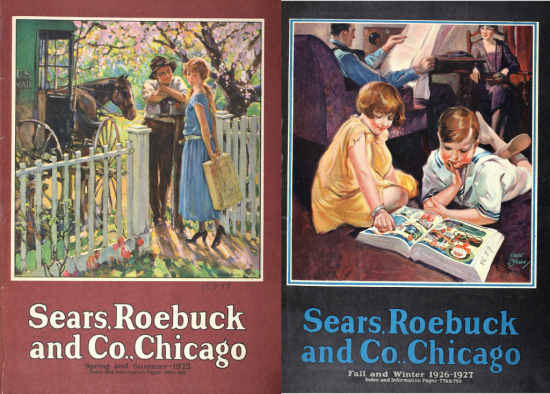 Yes, there was television but my dreams were set afire by the Sears, Roebuck catalog that came into my house through the U.S. mail every Fall. If you think today's advertising is effective, you cannot imagine what it was like to see what appeared to be all of the toys in the world in one place. Electric trains, toy guns, Lincoln Logs and every other imaginable toy was displayed and I wanted all of them. In actuality, I knew I wasn't going to get them but it was almost dreamlike to imagine having them as my own. I have fond memories of dreaming my way through that catalog and I bet children from earlier times did as well.

I did some research and here are some images of toy advertising from the mid-19th through the early 20th century.

Sears began advertising toys early in the 20th century. Below are two pages from the 1916 catalog. 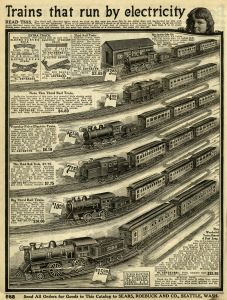 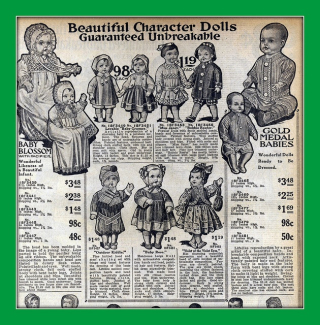 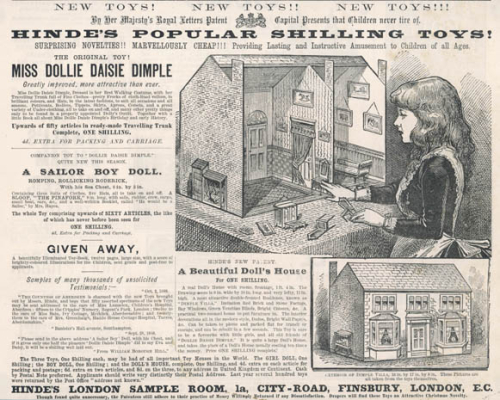 Below is an ad for the Irish retailer, "Toyland", that spoke very directly to the children of 1898: 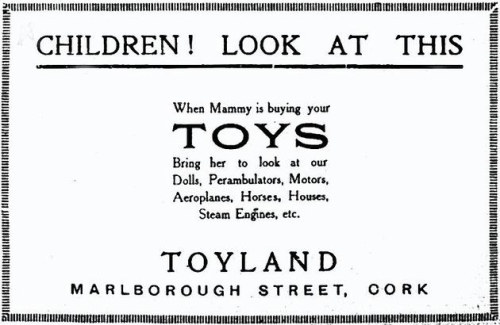 Below is an 1850's catalog from the Rosebud Library Toy Shop. I have also included two of its pages so you can see what children were at that time were wishing for. What a great advertisement.