The 1930's were a time of guns and goons. The news and the movies were full of gun wielding criminals like Machine Gun Kelly, Baby Face Floyd, Bonnie and Clyde and John Dillinger. Its no wonder then that toy guns were the rage.

The above G-Man Gun was made of pressed steel. When you pulled the trigger it didn't shoot anything but you did get a clicking sound. I wonder if parents at the time wondered if they should be enabling their children to act like criminals? 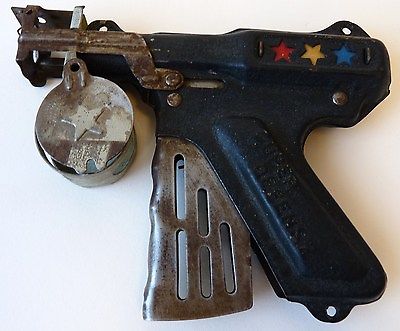 Quite frankly, I have never seen anything quite like this 1937 Super Defense Gun / Space Age Cop Gun (I found two names for it). Made by the Langson Mfg. Co.,  It shot caps and appears to be a cross between a police pistol and a Ray Gun. 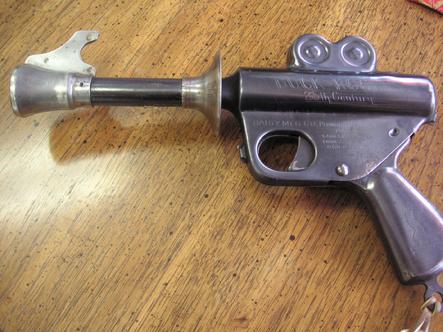 The Buck Rogers XZ-31 was a creation of the Daisy Co. According to the West Saint Paul Antiques Co.  it was a huge hit. As they put it: "almost every toy store in the country was clamoring for shipments of the XZ-31 and Daisy could not get enough steel material or cardboard boxes to keep up with the production demand." 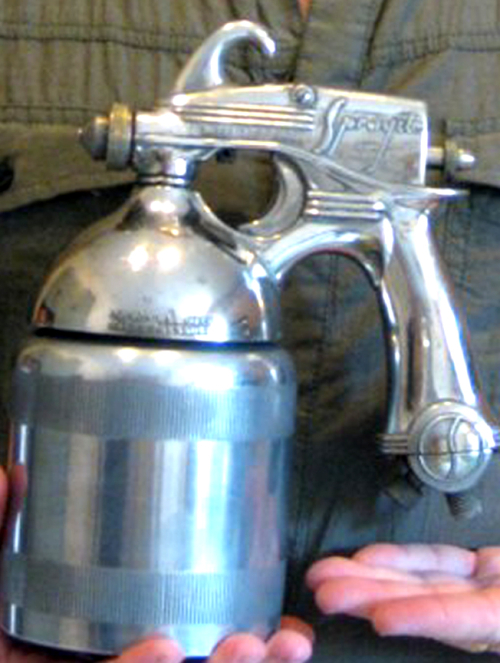 The above Sprayit Ray Gun certainly looks like a toy but in actuality, it is a paint gun. This gun reflects a toy aesthetic that found its way into a workingman's tool. In the 1930's, design was king.

The Marx Co. in the 1930's was apparently the country's largest weapons producer. Above is another G-Man gun, this time a sparkle pistol, made from tin.