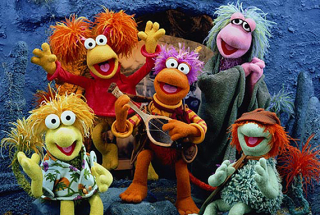 While pursuing my undergraduate degree, I worked as a DJ for the college radio station. One spring semester, I had a timeslot of 2 to 4 p.m. on Friday afternoons. I remember the sun often shining, and everyone being in a good mood as they prepared for the weekend. That’s when I started a tradition of always ending my slot with the theme to the television show Fraggle Rock. The lyrics begin with “Dance your cares away, worries for another day, let the music play…” No words seemed more fitting for a carefree college student on a Friday afternoon!

I knew I wasn’t the only student who appreciated hearing this song. For those of us born in the early 1980s, Fraggle Rock played a big part in our childhoods. Now, more than 30 years later, it has gained a “cult-classic” status among my generation. Recent rumors of a movie remake starring Joseph Gordon-Levitt only adds to the interest So what made the show so popular? First aired in 1983, Fraggle Rock was a live-action puppet series featuring Jim Henson Muppets. There were three groups of Muppets: Fraggles, known for their carefree and playful lifestyle; Doozers, the workers; and Gorgs, the large family that lived just outside of Fraggle Rock. On the surface, the show depicted a fun underground world of these colorful creatures. With frequent use of song and dance, Fraggle Rock engaged children with its high energy. However, when studied carefully, more complex themes of race and identity emerge between the groups of Muppets, making the program not only entertaining but rich in important content.

The Strong recently acquired a large collection of objects from The Jim Henson Legacy—an institution dedicated to preserving the history and accomplishments of the late puppeteer—including many Fraggle Rock toys and figures. I was lucky enough to catalog these objects, further fueling my childhood memories of the show. Although the program only lasted for five seasons, it left quite an impression on many of us viewers. Fingers crossed, we hope to see more of our Fraggle friends soon on the big screen.